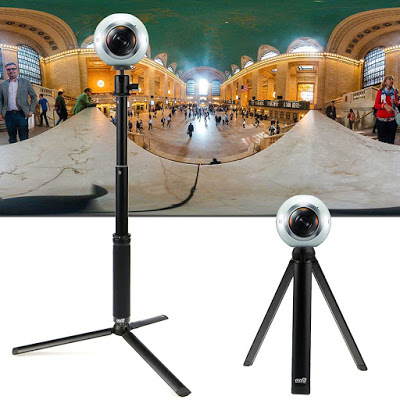 This is the EEEKit, an accessory kit for 360 cameras that includes a selfie stick / monopod, tripod legs for the stand, and a carrying case for the camera and the accessory kit.

The kit looks quite similar to the accessory kit that came with preorders for the Nikon Keymission 360:

1.  Selfie stick / monopod.  The kit includes a selfie stick that collapses to 7 inches and extends to 28 inches, and includes a ballhead. 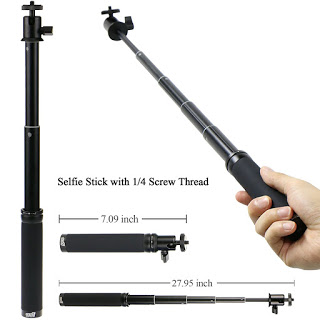 It looks very similar to the one I got from Nikon (the bottom selfie stick in the picture below): 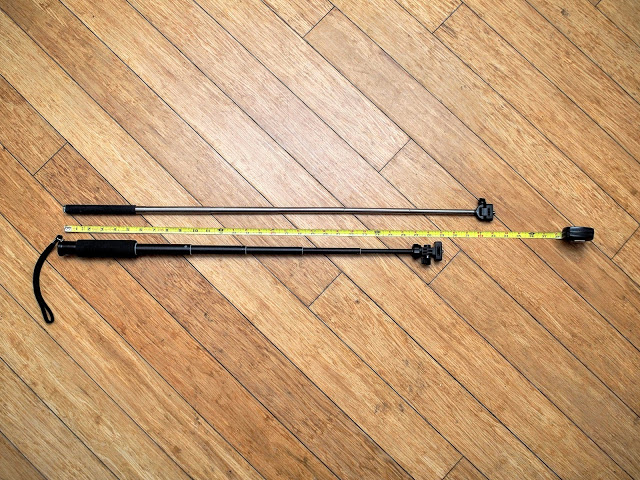 As you can see the structure, the number of segments, and even the length are almost the same.  The primary difference is the type of tripod attachment.  I don’t know how the EEEKit ballhead performs but if the shaft and handle are indeed the same as the Nikon one, then it’s light and sturdy with very little flex compared to other selfie sticks I’ve tried. 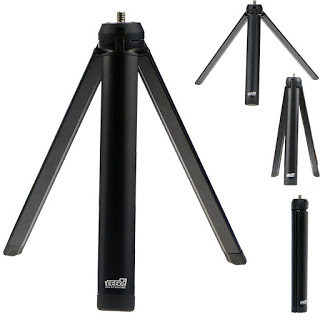 The second part of the kit are tripod legs.  The tripod legs can be folded to act as a short handle for the camera.  It can also be used as a tabletop stand or spread out as a stable base for the monopod / selfie stick. 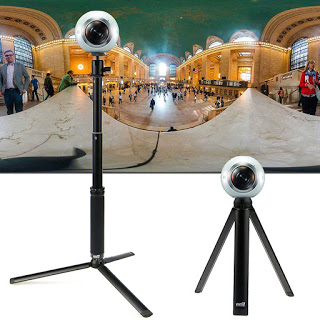 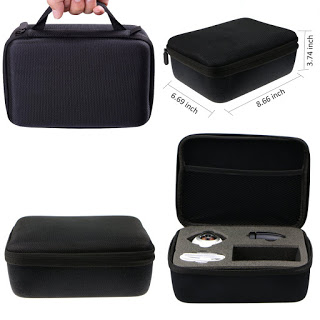 Finally, the kit includes a camera case that can also hold the accessories.  The bag was designed for the Samsung Gear 360 but can also be adapted for other 360 cameras by cutting the styrofoam.

The kit currently costs about $30 on Amazon and I think it’s a pretty good deal.  I’ve ordered one myself and will be posting a review when I get it.