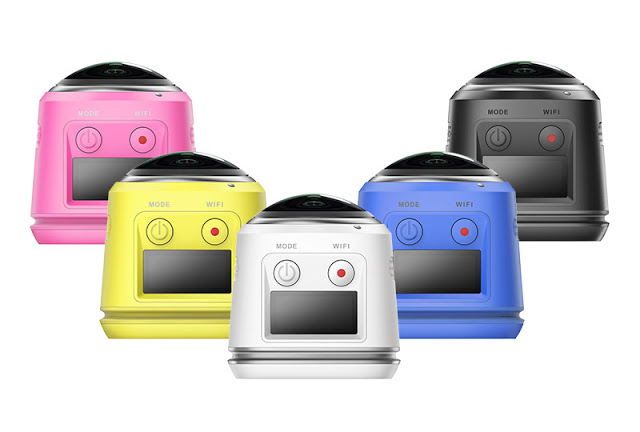 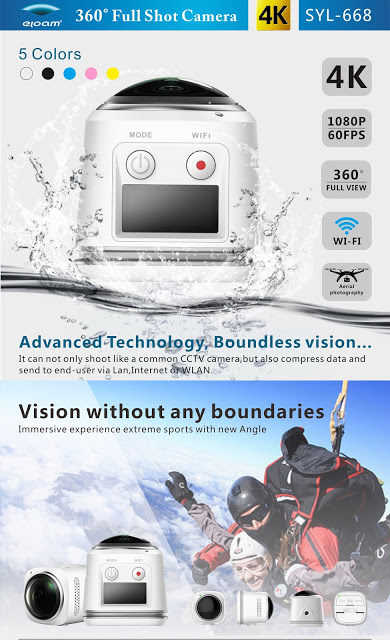 It is available in several colors: white, black, pink, blue, and yellow.

For other low-cost 360 cameras, click here or on the label/tag below the sharing buttons.