Now you can explore and view Facebook 360 photos and videos all in VR with the Facebook 360 app for the Samsung Gear VR (~$60 for gray market, $80 for US version; reviewed here). 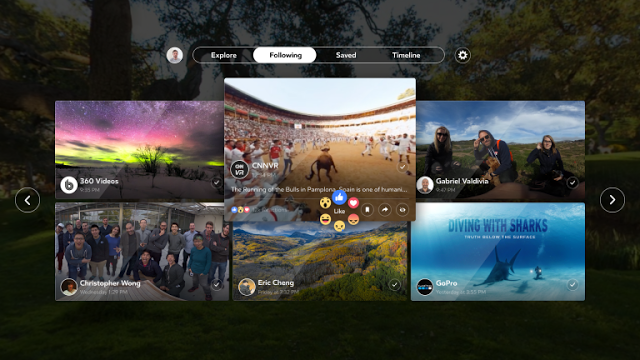 Meanwhile, Facebook has been working on a Facebook VR experience for the Oculus Rift and possibly other VR headsets, demo’d at Oculus Connect 3.  That VR version of Facebook will enable you to meet and interact with other people in VR, as well as visit virtual places together.  However, Facebook hasn’t announced when it will be released.