You’ve probably seen that 360-degree video of a re-enactment of a battle in 1941 by World of Tanks.

It’s spectacular and looks like how I imagine Saving Private Ryan would look in 360.  Besides the special effects and tanks, the image quality is also impressive.  To shoot the video, they used a Freedom360 rig, which consists of six GoPro cameras.  While rigs cannot compete with consumer 360 cameras for price or convenience, rigs still produce the best image quality.  However, processing the footage can be labor-intensive.

Tom’s Hardware interviewed Wargaming.net, the producers of World of Tanks, who are now working on a 360 video of the interior of a World War II battleship.  In the interview, Special Projects Lead Matt Daly gives an inside look on the challenges of filming with a rig.

With the Battleship video, they are trying to simplify the workflow with two new cameras.  One is a two-camera rig that uses modified GoPros equipped with 220-degree lenses by Entaniya. 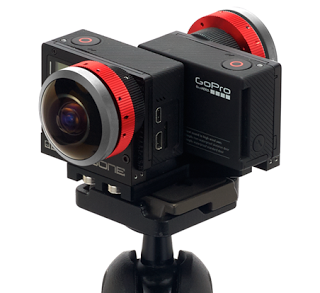 By using only two cameras, they were able to cut the workflow by about half, compared to a 6-camera rig.

The other camera they used was a modified GoPro with a 280-degree Entaniya fisheye lens (!) 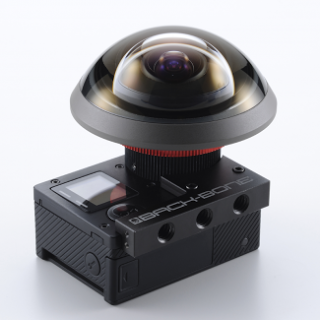 Although the resulting video is not fully spherical, it is much easier to work with because there is no stitching involved.  Moreover, it can be used to avoid having the cameraman in the image.

Here is a sample from the Entaniya 280-degree lens (thanks to David Grass for sending me the link and giving me info about Entaniya).