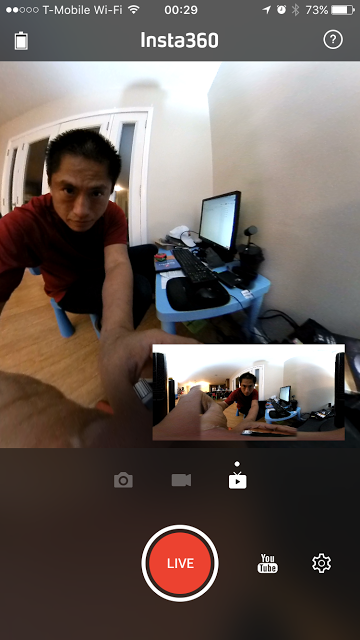 Insta360 will soon update the Nano to enable one-button 360 livestreaming to YouTube, Twitter / Periscope, and potentially other livestreaming services.  I had the chance to try out a beta version of the Nano app with the updated livestreaming feature and it works very well! 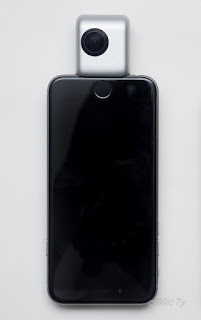 As far as I know, Insta360 Nano was the first fully spherical 360 camera with wireless livestreaming. The Ricoh Theta S had livestreaming capability but it had to be connected via HDMI or USB to a PC.  The Nano, on the other hand, could stream without being connected to a PC.  As long as your phone had an Internet connection via LTE or Wi-Fi, you could livestream from anywhere.

Now Insta360 will be updating the app to enable you to stream anytime in 360, with just one button, as easily as you would record a regular video.

To use the feature, you will need a YouTube channel, and you will need to apply for access to livestreaming (YouTube just wants to make sure you’re not going to use livestreaming improperly).  Once you already have approval, you need to link your Nano app to your YouTube account (you only need to do this once).  Just switch to the new Live shooting mode on the Nano app, and on the lower right of the screen there will be a new icon for YouTube.  Tap on that new icon, and on the next screen, tap on the link to authorize the Nano app to use YouTube. 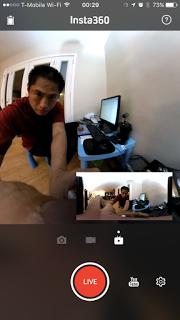 Now you’re ready to livestream.  Just press the Live shutter button … and you’re now livestreaming in 360.  It’s that simple!  Within a minute after you hit the shutter button, your YouTube channel will display your 360 livestream.  You don’t have to worry about setting up an encoder, entering the server URL, or stream name, or any of those technical details.

BUT WAIT … THERE’S MORE
YouTube is not the only livestreaming service that will be supported.  There will be support for Periscope / Twitter, and very likely Facebook as well in the future. 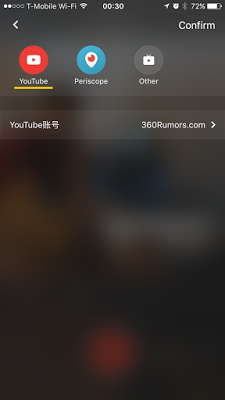 And from what I’ve seen at CES 2017, the Insta360 Air‘s livestream feature will be just as easy to use.

The quality of the livestream is heavily dependent on the speed of your phone’s connection.  In the beta app, the maximum bitrate is 4mbps, and the maximum resolution is 1280p.

Please note the new livestreaming feature is still in beta so I can’t show you guys a livestream yet. Insta360 is still working on improving the livestreaming, but they plan to roll out the feature soon.

The update to Insta360’s livestreaming feature will make the Nano and Air the easiest and most affordable 360 cameras with livestreaming.