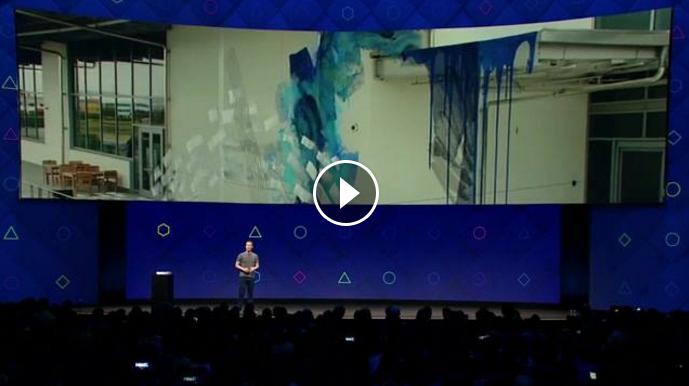 Some of the applications that Mark demonstrated include being able to add 3D objects to a photo or video.  Some of the effects looked similar to Snapchat, except that it was more sophisticated because it uses artificial intelligence to enable the camera to recognize the 3D depth of objects and thus be able to place 3D images such as imaginary objects, or 3D text, or notes, realistically within the scene.

This is not just for entertainment but can also be used for providing useful information about objects, such as a review of a product that pops up when you view that product through your camera.


I’m hoping that Facebook’s AR technology will be sophisticated enough that the AR effects can eventually be added to a 360 photo or video, not just a photo or video from a smartphone camera.

Facebook is now in VR with Facebook Spaces! Here are my first impressions
VRLA: Antilatency is a roomscale, multiplayer positional tracking system for mobile VR
Comment