Facebook’s Head of Immersive Media Eric Cheng posted a comparison of eight cameras:
BTW if you have a Nano, please be very careful when laying it down on the table like that (the lens can be scratched).  If you have to, you can lay it down on the side instead, but better to put it in its bag or get the Nano Mount tripod adapter.
(The Insta360 Air is shown in the photo above, but it wasn’t included in the comparison.  I believe it’s because the software is still pre-release.  The Z Cam S1 is included in the comparison but is not shown in the photo above)

Eric posted a stills comparison here.  You can download the samples here.

Eric also posted a video comparison here (excluding the Panono, which can’t do videos).  Please note Facebook is limited to 2k but the 4k and 6k versions of the video are available for download here.  Alternatively, if you have the Samsung Gear VR, you can see the videos in up to 6k by choosing “Save Video” or “Save Post,” and the videos will show up in your Oculus Video app.

In taking the photos, please note that Eric had to turn the cameras perpendicular from the sun to achieve a consistent exposure for the lenses (some cameras such as the Panono don’t have a center per se).  The ‘center’ for the images is therefore the giant screen.  Please keep this in mind when looking at the photos and videos because on many cameras, the center is the sharpest region.

Some cameras like the Samsung Gear 360 have excellent edge-to-edge consistency.  For cameras like the Ricoh Theta S and especially the Nikon Keymission 360, the center of the lens is the sharpest and there is a noticeable decrease in sharpness as you move toward the edge.

In these samples, the Keymission sample’s weakest point is toward the red bridge: 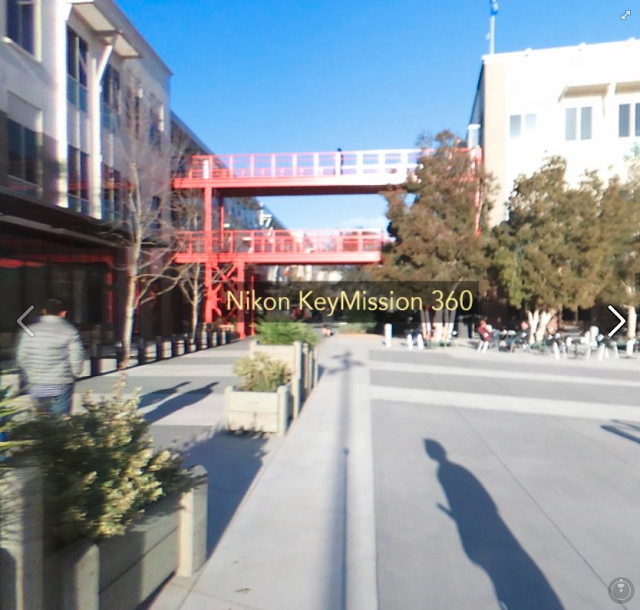 But if you turn around, you’ll see that it’s actually sharper (toward the middle of its lens): 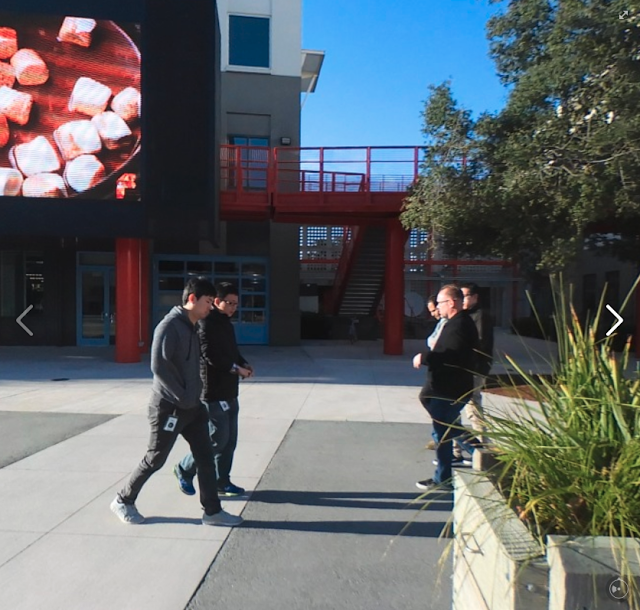 This is just one of the things to keep in mind when looking at these photos and videos.  And as Eric pointed out in his post, there are many other relevant factors to consider when choosing a camera (e.g. controls, stitching, ease of sharing on Facebook and other social media, etc.).

Thanks to Eric Cheng for this very helpful comparison (and for clarifying the shooting method) and thank you very much to Roman Goldman of Rec360 for bringing this to my attention!

Dead and Buried gets a big update: 1 player mode and other features
Nikon Keymission 360 low light video of a band performing
Comment