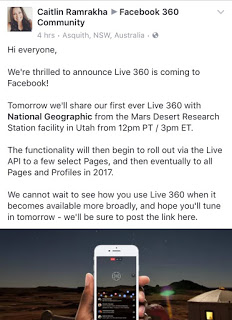 Facebook announced that it would add 360 livestreaming capability.  This would enable you to broadcast a livestream in 360, giving your friends and followers a view of what it’s like to be where you are at the moment.  But which devices are compatible?

Besides its near-4k video resolution, what makes the Nano the best at 360 livestreaming is that it can livestream wirelessly.  This makes it possible to do a 360 livestream anywhere, as long as you have an internet connection through your cellphone (or through an available Wi-Fi signal).  Check out my in-depth review of the Nano here.

Other 360 consumer cameras with livestreaming require a USB or HDMI connection (e.g. Ricoh Theta S), which works but means you will need a laptop.  As for the Air, it’s not out yet (currently available for preorder), but it appears to have the same 360 livestreaming capabilities as the Nano. 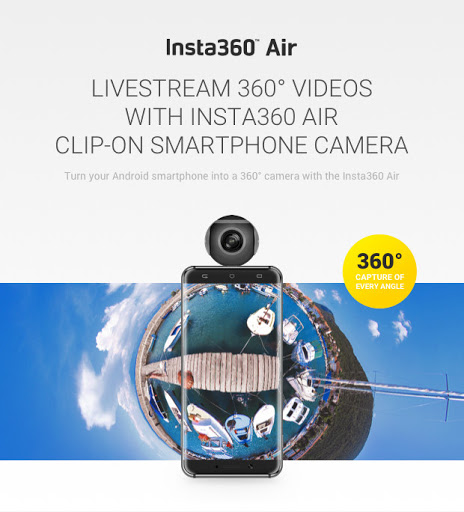 The primary limit on the Nano’s livestreaming usability has been the availability of 360 livestreaming services.  You can use YouTube, but YouTube’s streaming setup process is not easy to use, and to livestream in 360, you pretty much need help from another person who would need to be in front of a PC.  Hopefully, Facebook’s Live 360 is simpler and more elegant, which, combined with the Insta360 Nano’s user-friendliness, could make livestreaming in 360 much easier for everyone.

Giroptic iO is a 360 camera for the iPhone
Using the Oculus Rift and Touch with HTC Vive games on Steam: how well does it work?
Comment