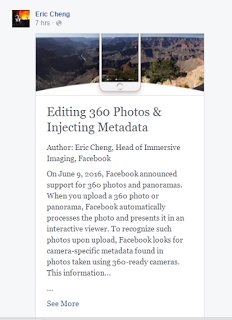 Editing:
I had difficulty viewing and posting 360-degree photos.  A member of the Facebook 360 Community suggested dragging a photo into a post (instead of clicking on “Add Photo”), which worked (first you have to click on the empty post, then drag a 360-photo into the empty post).
If you have Samsung Gear VR, there will be an option to view the 360 photo in VR, which makes sense because Facebook owns Oculus, which powers the Samsung Gear VR. 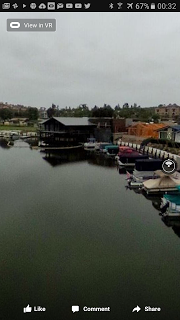