To my knowledge, the two most popular platforms for sharing 360 videos are YouTube and Facebook.  Which of these two provides better image quality for your 360 videos?

To test, I examined a video uploaded by Svend Even Hærra for NRK shot on the Garmin Virb 360, which he posted to both Facebook and YouTube.

Here is a pair of screenshots:

Here is the same scene on the YouTube video: 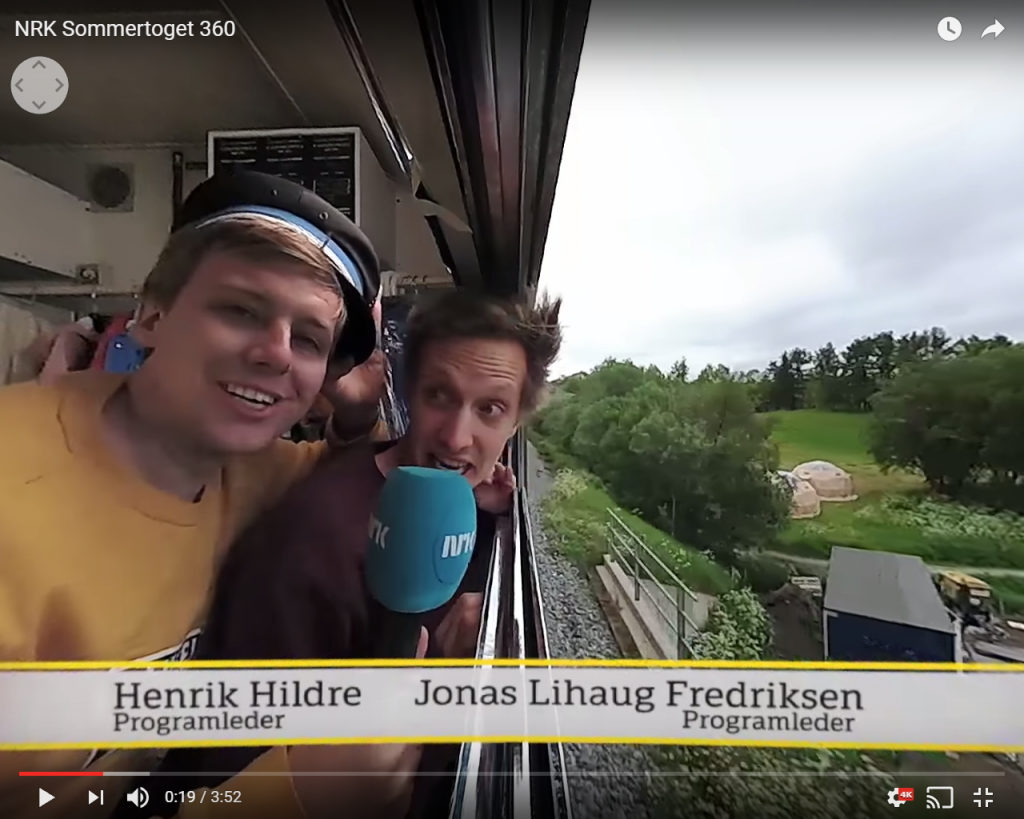 On the other hand, there is also a huge difference in the number of views:  On Facebook, the video had 41,935 views, while the YouTube version had 633 views at this time.  In my own videos, I’ve also noticed that a video posted natively on Facebook gets significantly more views than the same video posted on YouTube.  Admittedly, in my case, it’s not really a fair comparison because the 360 Rumors Facebook page is older and has more likes and follows than the relatively new 360 Rumors YouTube channel.

Another factor to consider is that Facebook has more sophisticated video editing controls.  You can use the Guide feature to change the orientation at various points in the video, and you can specify the initial field of view of the video (choosing between a “zoomed in” or “zoomed out” view).

Then again, YouTube has more widely accessible headset viewing options.  On Facebook, the only way to use a headset is to use a Samsung Gear VR or Oculus Rift.  By contrast, YouTube videos can be viewed on Samsung Gear VR, Google Cardboard, Google Daydream, Playstation VR, Oculus Rift (through an app such as Virtual Desktop), or HTC Vive (also through an app).  This is particularly important for 3D 360 videos, which can only be viewed in 3D with a headset.

In the end, it’s a false dilemma since it’s usually a good idea to post a video to both Facebook and YouTube, but it’s nonetheless useful to know that YouTube seems to have higher video quality (for now).

How about you?  Do you have a preference for one or the other?  Let me know in the comments!