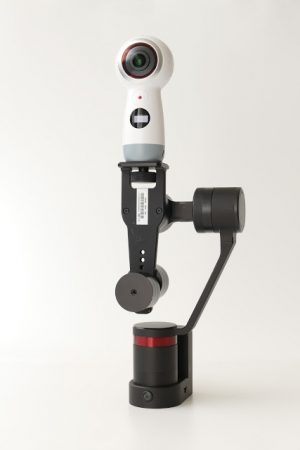 Here are hands-on impressions of the Moza WK, the world’s first wearable 360 gimbal, and the most compact gimbal available for 360 cameras.

The Moza WK is an accessory for the Moza Mini series of gimbals, which includes the Guru 360 gimbal for 360 cameras, the Mini-C gimbal for smartphones, and the Mini-G gimbal for GoPro cameras.  The Moza WK allows you to mount the head of any of the Moza Mini gimbals in a very compact and wearable base.

The WK base has its own battery but can also be powered by USB.  It has a 1/4-20 tripod mount at the bottom, but the kit includes a 1/4-20 to GoPro adapter to use it with the many action mounts available. 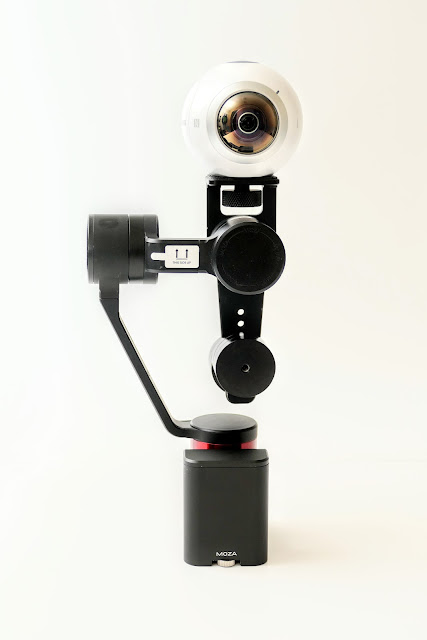 USING THE WK
To use the WK, you simply unscrew the handle from your Moza gimbal and attach the head to the WK base.  No tools needed!  Using the WK is just as easy.  To turn on the WK, you simply hold down its power button.  That’s all.

By default, it will startup in all-lock mode which maintains the camera’s direction regardless of how you move the gimbal.  Alternatively, you can press the power button once to activate the yaw-follow mode, which means that the gimbal will be stabilized, but you will have control of the yaw, which will be dampened.  If you rotate the handle, the camera will follow the rotation instead of locking its original orientation.  The yaw-follow mode is useful for vlogs, selfie videos, and other videos where you need the camera to keep facing you or another subject.

An interesting feature of the WK is that you can use your gimbal’s handle as a wireless controller for the WK.  After turning on the WK, you turn on the handle.  After a few seconds, they will pair automatically and you will be able to control the WK wirelessly with the handle. 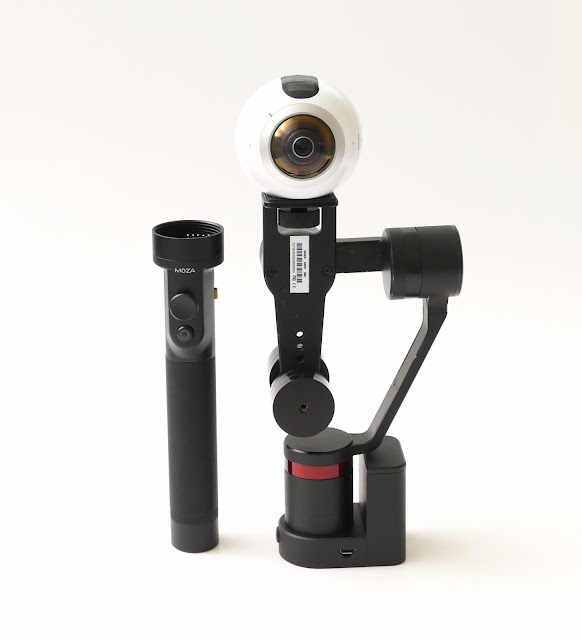 As with the Guru 360, the WK can be used inverted.  I will be testing the WK this weekend, with a view to trying it on a drone!
Tags360 video action gimbal gopro sports stabilization stabilizer wearable