If you capture a 360-degree photo while the camera is not completely vertical, viewing the resulting image can be confusing.  Here is a sample where it is intentionally used for effect:

But sometimes the gyro doesn’t work as intended: 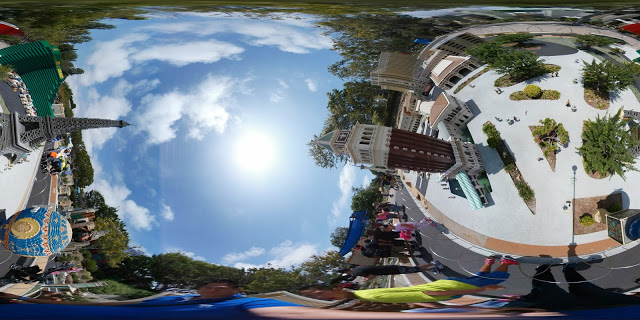 When this happens, it is possible to fix the vertical orientation in post-processing.  Two such software that can be used for that are Hugin and Flexify 2.

Hugin is a free panoramic editor with powerful features, however it does not have a very user-friendly interface.

Flexify 2 is a Photoshop plugin for manipulating spherical panoramas and polyhedra.

I used Hugin to fix the vertical orientation in the shot above.  This is what I got: 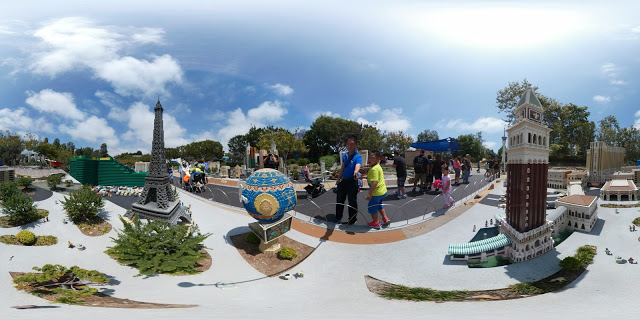 Looks ok until you look at the middle, which is a little messed up.

I then tried Flexify 2 to correct the same image: 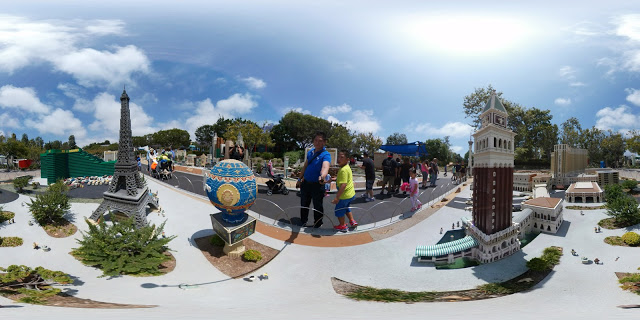 Here’s a closeup (Flexify on the left, Hugin on the right): 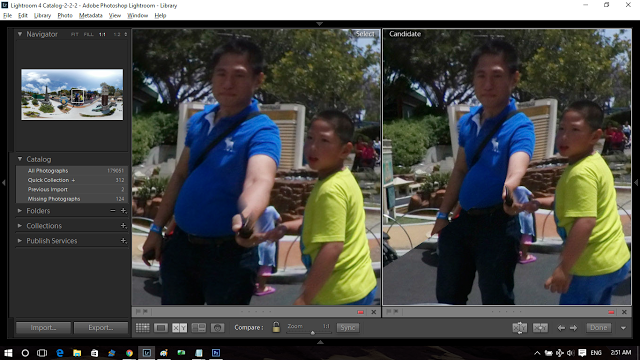 No that’s not a stitching error on the Flexify image.  My belly is really that big.  I appreciate Hugin’s attempt to give me a slimmer figure, but the winner for this brief test is clear!