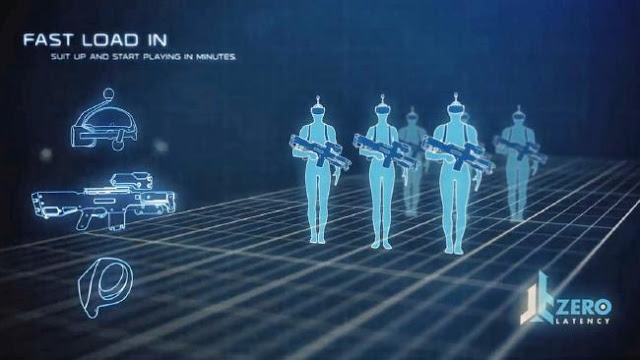 If you’re reading this site, you probably know what’s room-scale VR.  With room-scale VR as in the HTC Vive, you can walk around a room in virtual reality.  But that’s nothing compared to Melbourne-based Zero Latency‘s Free Roam VR.
Free Roam VR is exactly what it sounds like: you’re able to roam around freely in a 400 square meter space (4,305 square feet for us yanks).  In fact, the virtual world will feel even larger than that thanks to clever reuse of the physical space.
Multiplayer: Moreover, it will be a shared experience with up to 6 people at the same time – and you can see each other in the virtual world!
Wireless: You won’t be tethered to a desktop with long cables either.  Instead, each person will be wearing a VR-ready laptop. 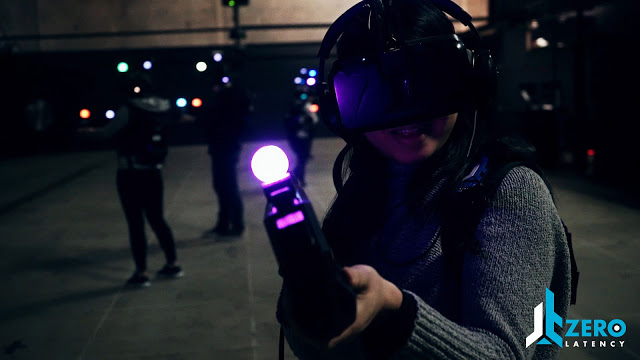