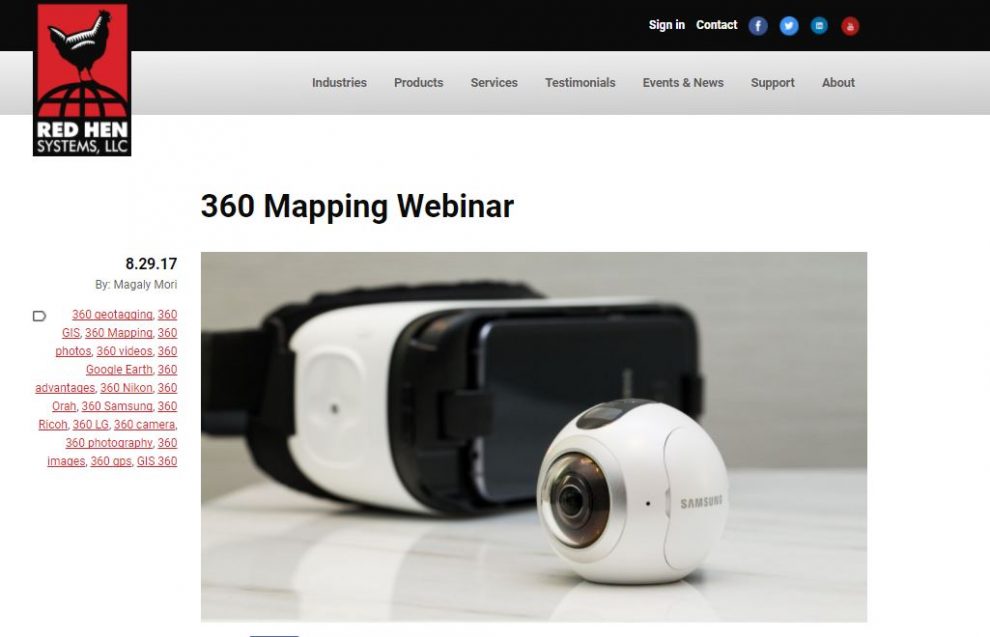 Mapping company Red Hen Systems is presenting a free webinar on August 29, 2017 that is intended as a primer on 360 cameras for members of the mapping industry. The seminar will cover these topics:
– Why use 360 photos and videos over traditional media?
– How to take 360 photos and videos?
– What are the advantages ad disdavantages of popular 360 cameras such as Orah 4i, Nikon Keymission 360, Kodak SP360 4K Dual Pro, Samsung Gear 360 and other cameras.

To sign up for the webinar, see here. Registrants will receive a link to a video presentation.

Red Hen Systems began in 1997 and has developed geotagging technology for Nikon DSLRs, video mapping technology that embeds geolocation and other metadata into videos, and mapping software.