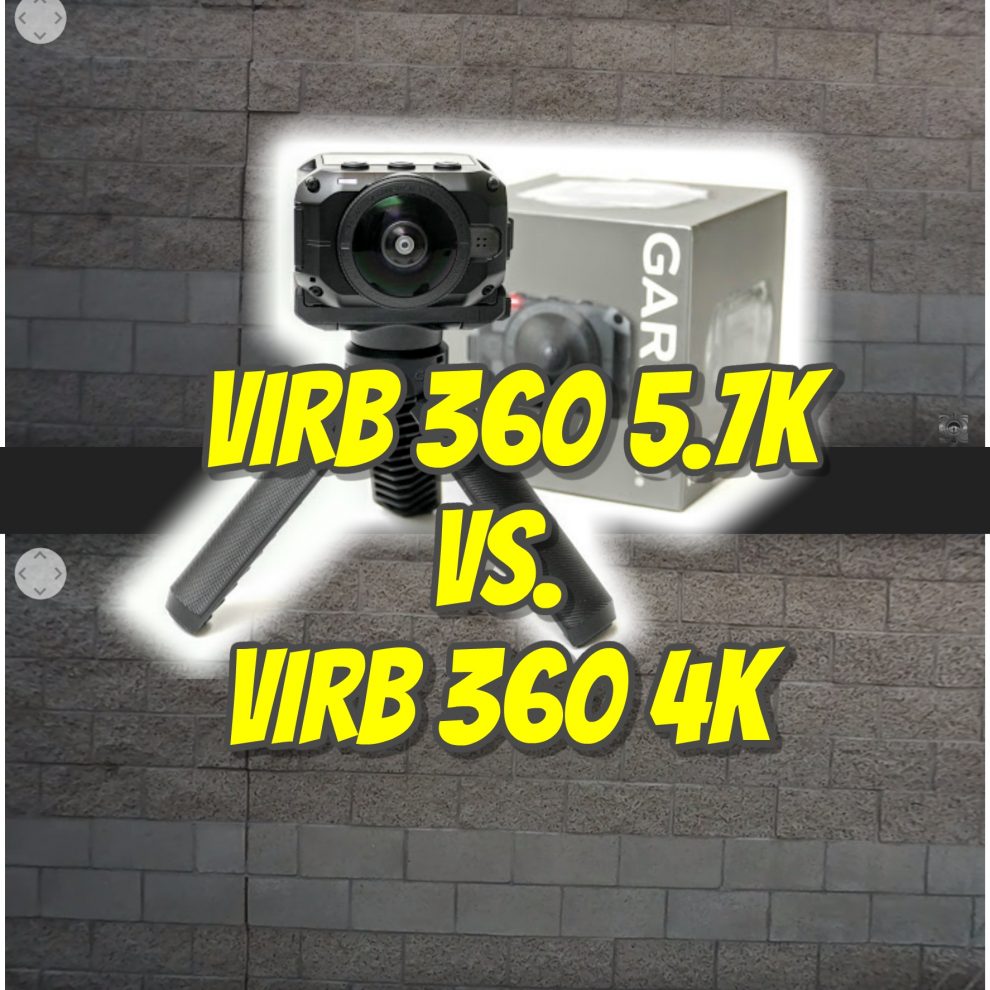 The Garmin Virb 360 is the first commercially available 360 camera for consumers with 5.7K resolution.  In this post, we’ll compare the footage from the Virb 360 at 5.7K and at 4K to see the difference.

Recently, Virb Edit was updated to enable it to stitch videos from the Virb 360 at 5.7K.  I took videos at 4K and 5.7K (stitched with Virb Edit), then uploaded them to YouTube.  Here is a comparison of frame grabs from each.  See which one you think is sharper – the top or bottom:

Have you determined which one looks better? Now here is the answer:

Yes, as surprising as it may seem — the 4K actually looks better than the 5.7K video.  I know this sounds hard to believe, so here is a video playlist showing both:


I thought maybe YouTube compression was the issue, so I also compared the videos from my hard drive using Windows 10 Movies and TV player. The results were similar. I also tried sharpening the 5.7K — it still looked no better than the 4K version:

Based on these tests I would say the only benefit to using the Virb 360’s 5.7K mode is that it enables you to use a third party stitcher such as Mistika (see here). Otherwise, if you’re just going to stitch with Virb Edit, it seems to offer no noticeable benefit (as of Virb Edit v 5.20, firmware 3.30). Nonetheless, the Virb’s 4K video is still the best I’ve seen among consumer cameras, as of September 2017.

Do you already have a Virb 360?  Do you agree or disagree with these test results?  Let me know in the comments!  And if you found this article helpful, please SHARE it with your friends!  Garmin Virb 360 is available on Amazon or B&H Photo. Thank you very much for using these affiliate links to support 360 Rumors at no additional cost to you so I can do more tests and reviews!