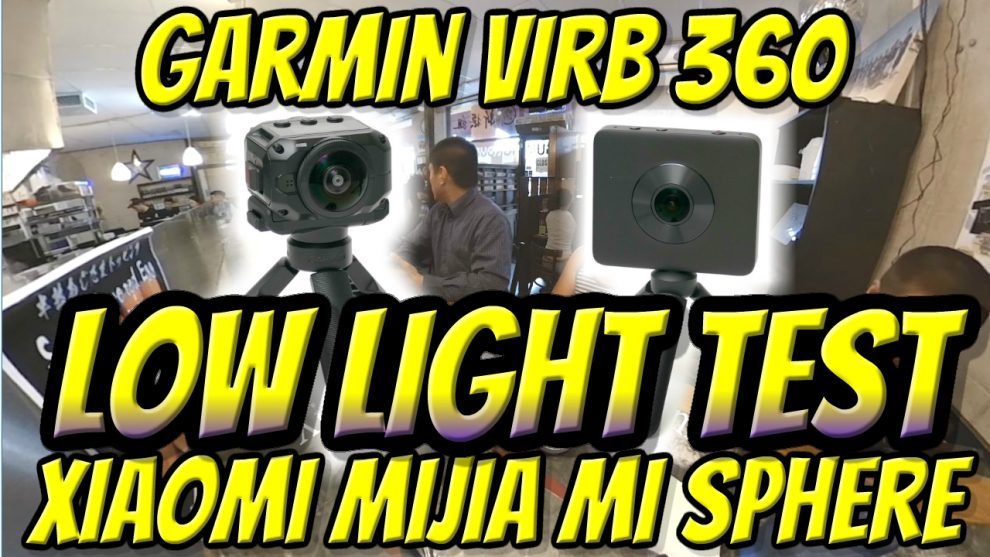 Both cameras did very well in this low light test.  As for which one is better, here are my thoughts:

Without editing, the Garmin Virb 360 looks underexposed compared to the Xiaomi.  In Premiere, I added +1.0EV exposure, which made the Garmin exposure look more similar to that of the Xiaomi. Remarkably, the Virb video held up to the adjustment and did not show any noticeable increase noise.

With the adjustment, the Virb and Xiaomi look very similar, but the Virb video is actually more detailed.  Here are closeup cropped portions of each video: 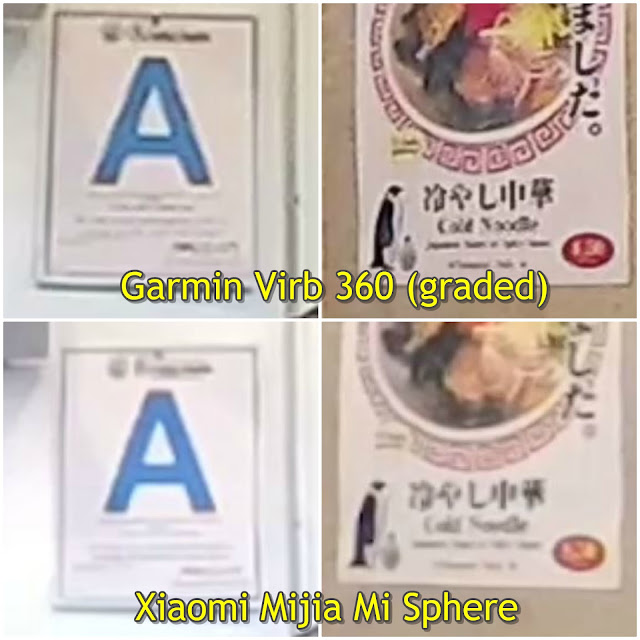 Nonetheless, there is a huge $500+ difference between these two cameras, so you might say they are both winners in their own way.  In terms of absolute image quality, the Virb 360 edged out the Xiaomi, but the Xiaomi is so much more affordable that it is amazing how well its video compares to a camera costing 3 times as much, so it is also a moral victory for the Xiaomi.

For reference, here is another comparison between these two cameras, this time in daylight.

Of course, image quality is just one aspect of a camera.  In my next post, I will discuss the other benefits of the Virb 360 to help you decide whether it is worth the extra cost.  In the meantime, if you would like to buy either of these cameras, they are available here:
– Xiaomi is available here from Gearbest (they ship to 260+ countries). Full review here.
– Garmin Virb 360 is available on Amazon or B&H Photo.

Thank you very much for using the affiliate links above to support 360 Rumors at no additional cost to you, so I can do more tests and reviews!