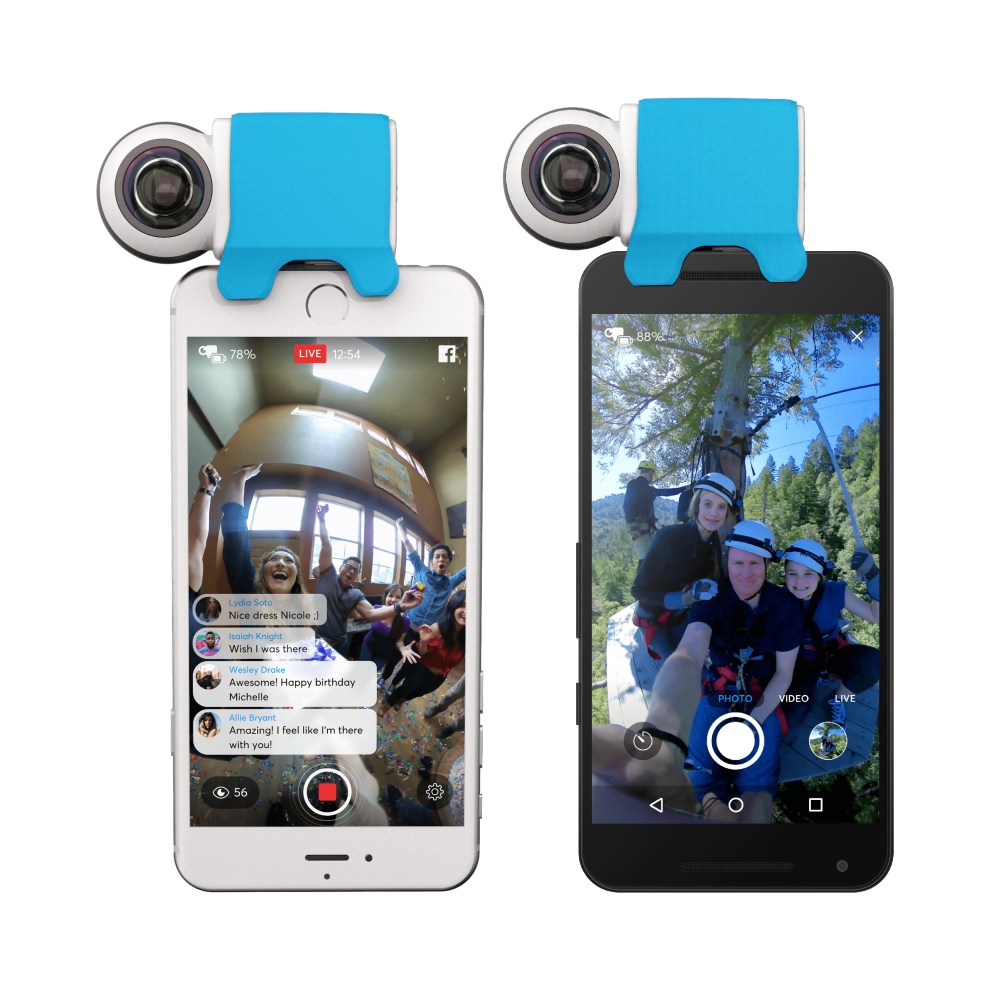 At the F8 Facebook Developer Conference, Giroptic announced the Giroptic iO for Android, and gave a camera to the lucky attendees of F8! :-O

With the launch of its Android variant, the Giroptic iO becomes the first 360 camera accessory to have a version for both Android and iOS.

The Android version of Giroptic iO comes either with a Micro USB or USB Type C port.  In terms of specifications and capabilities, it is the same as the iOS version.    Here is an updated list of compatible Android and iOS devices for Giroptic iO. 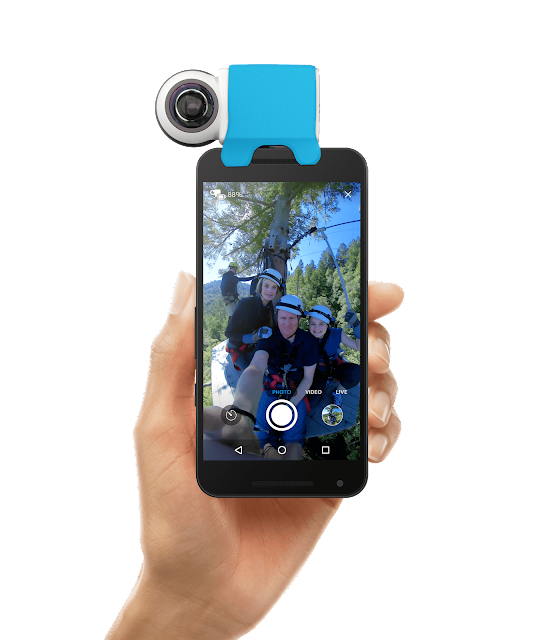 I haven’t tried the Android version of Giroptic iO, but I’ve been using the iOS version (unboxing here), and I like its user friendliness and portability.  I think the live streaming works very well, too.   Here is a live stream demo on Periscope / Twitter.  Stay tuned for a full review.

Giroptic iO is available directly from Giroptic for $249.  Giroptic said that Micro USB versions will ship April 24. Type C will begin shipping at the end of May.