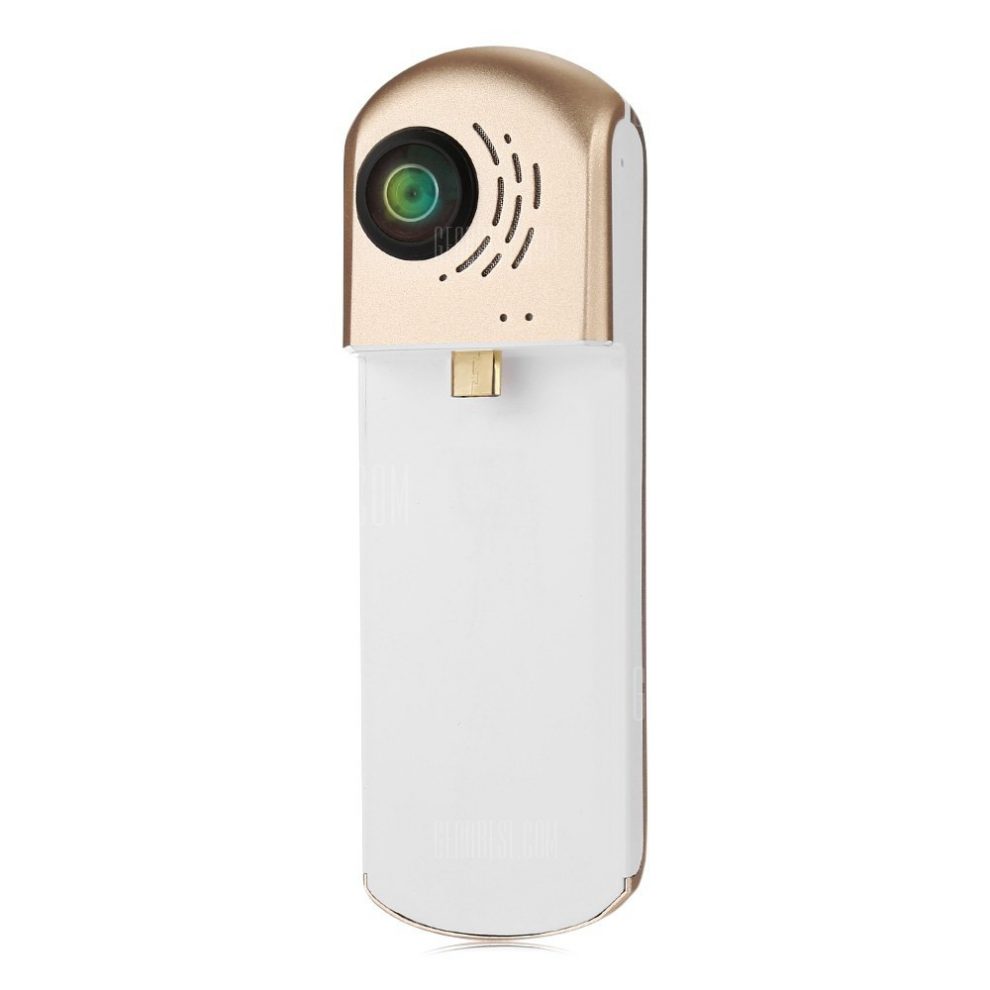 Higole’s Gole360 is a 360 camera accessory for Android phones that closely copies the Insta360 Nano’s design, but not the specifications.

The Insta360 Nano ($199; reviewed here) was the first 360 camera to attach to a smartphone.  It became very popular and the concept of a 360 camera accessory has since been followed by other companies such as Giroptic with its iO camera.  However, Higole went further and copied the Nano’s form factor as well, including the side-by-side position of the lenses, location of the buttons, Micro SD card, Micro USB port, reset pinhole… 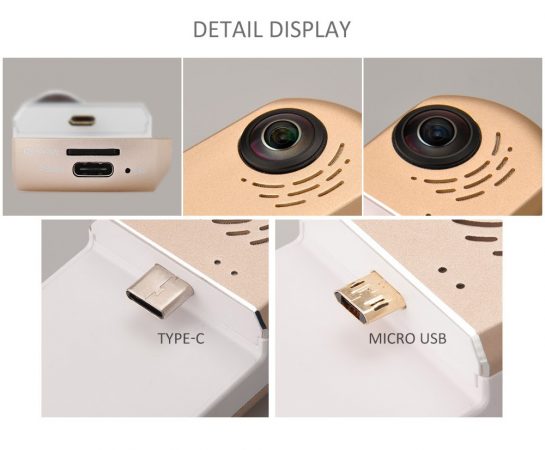 However, the Gole360’s specifications are lower than those of the Nano, hence the significantly lower price:

– sensor: 4 megapixels (I don’t know if that is per sensor, or the total).

I don’t know if the Gole360 can be used independently from a phone (as can the Nano).

The Gole360 is currently on sale at GearBest for $89, making it one of the lowest cost fully spherical 360 cameras.