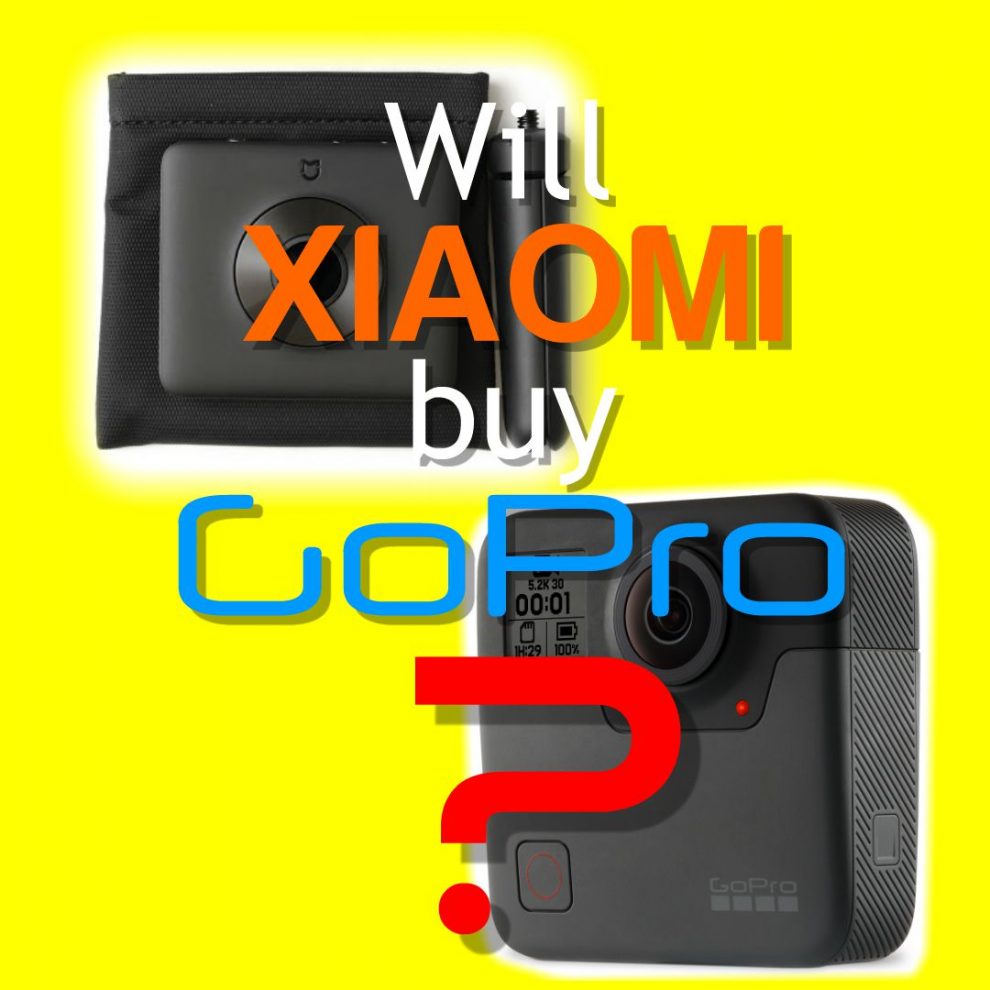 Xiaomi might buy GoPro, according to a report by tech news site The Information.  The rumor had enough credibility that the price of GoPro rose to $5.47, from around $4.93.  In this post, I discuss the implications of such a buyout for the 360 industry.

GoPro has been an important part of the 360 industry for several years.  Its Hero cameras have been used for many rigs, and Autopano Video and Autopano Giga (made by Kolor, which is now owned by GoPro) are two of the most popular stitching software.  And around November last year, GoPro launched the Fusion, which has emerged as the consumer 360 camera with the highest video quality.

However, it’s no secret that GoPro has been under some financial pressure lately due to declining revenue and income, caused by fierce competition from lower cost Chinese action cams that offer similar if not better quality at a fraction of GoPro prices.

It makes sense for Xiaomi to be a potential buyer for GoPro.  Xiaomi has many subsidiaries and partners for consumer products, and even partnered with Madv to create the popular Xiaomi Mijia Mi Sphere 360 camera.

If Xiaomi does buy GoPro, it could have interesting results.  For one, Xiaomi has more than enough resources to allow GoPro to finish its app and create a housing for Fusion.  This could make Fusion an even better camera.

On Xiaomi’s side, Xiaomi could use GoPro’s stabilization technology.  (However, I don’t think we will end up with a Mi Sphere with new-and-improved stabilization.)

What do you think of this rumor? Let me know in the comments!