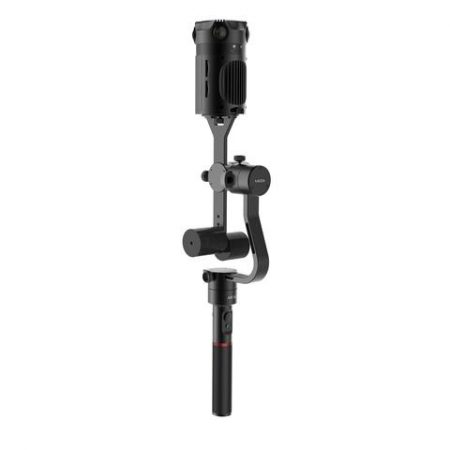 The Guru Air 360 will have a price increase.  But for now it is still available at the original price.
The Guru Air is a gimbal for heavier 360 cameras such as the Z Cam S1 or S1 Pro.  It is based on the Moza Air gimbal for DSLRs, but modified for use with 360 cameras so that the motors will not obstruct a 360 camera’s field of view.

Compared to the smaller Guru 360, the Guru Air has a much higher payload.  The Guru 360 is rated for 250 grams, while the Guru Air can accommodate up to 1.5 kg, six times heavier than the Guru 360’s load.  In addition, the Guru Air features many more adjustments.  All of the arms can be adjusted (x-, y-, or z-axis), allowing you to precisely tune the Guru Air for your 360 camera.

The Guru Air was introduced at $699, but according to GimbalGuru representatives, Moza priced it incorrectly and will soon be adjusting the price to $799 or more.  But for now, the Guru Air is still available at the original introductory price of $699, and they will honor the original price on existing orders.  Meanwhile, the Guru 360 is still $299 and currently the most affordable gimbal for 360 cameras.