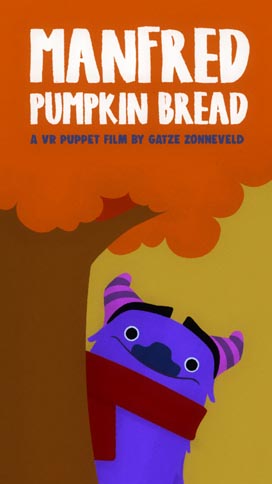 “It’s a beautiful morning in Bumblebrook Forest. The sun in shining, the leaves are rustling in the trees as the cold autumn wind blows through them and all the forest creatures are busy preparing for winter.” So begins a 360 puppet film to be called Manfred Pumpkin Bread.

The film is about a monster named Manfred who is looking for ingredients for his pumpkin bread, and tries to get help from other forest creatures. Here is a video about the project.

There are fewer puppet shows these days, so many children miss out on this beautiful artform.  Gatze Zonneveld is an animation filmmaker based in the Netherlands who has a boutique animation studio called RocknRoll Animation.  Gatze is also a 360 Rumors reader / viewer, and he is bringing handmade puppets into VR in this film. 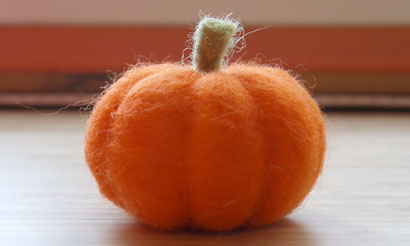 The film will be shot with a 360 camera in a miniature set where hand puppets can freely move around the camera and the viewer.  Gatze will construct the set and props entirely out of felt and other fabrics.

The movie will be released initially in Dutch.  There will be a English version of the film, but it will be dubbed after the Dutch version is finished. Both versions will be released this fall and after its festival run, it’ll be available digitally.

Gatze will do most of the work himself, but he will still need to hire voice actors, composers, puppeteers, and other talent.  This is where he needs our help to make the project into a reality.  Please support the project here.