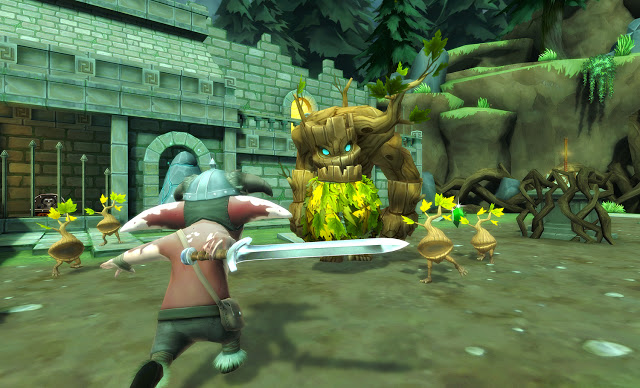 Herobound: Spirit Champion is an adventure game for the Samsung Gear VR and Oculus Rift, and it’s now free for both systems.  Here’s a brief review of this game, which delivers more than you might expect in both graphics and gameplay.

Herobound: Spirit Champion is a VR action adventure game where your character goes on a quest to rescue elemental spirits who have been captured by the Spirit of Fire, who decided to usurp control over the other spirits.

Unlike many VR adventures, Herobound: Spirit Champion uses a seated third-person perspective. It seems as if you are looking down at the characters in a lush and detailed miniature world in front of you.  The rich background music enhances the magical beauty of Herobound’s world. 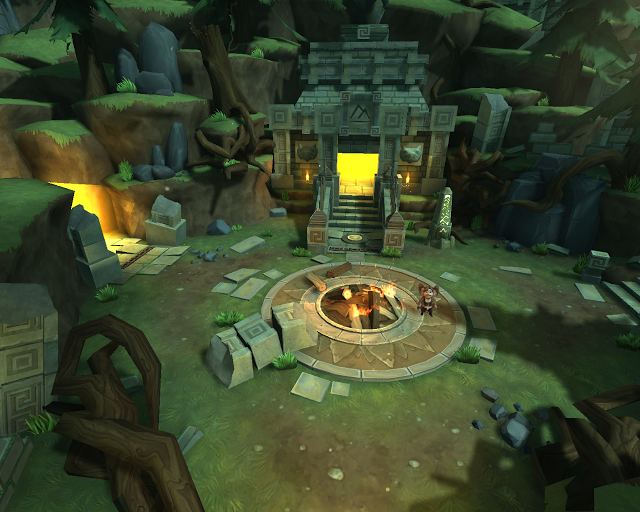 Although the game uses a cartoonish art style and your character has an unlimited number of lives, the gameplay is actually quite challenging and appears to be targeted at experienced rather than casual gamers.  If you try to button-mash your way through the game, it’s not going to happen (except perhaps the most basic enemies).  You have to carefully dodge and attack most enemies, even low-level ones. 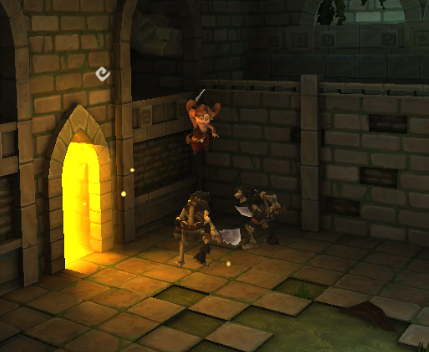 In addition to fighting various monsters, much of the challenge in the game is in solving elaborate puzzles, which are of surprising difficulty even at the beginning.  For example, in the scene below, opening the gate takes about ten steps (you have to perform one action, in order to enable another action, etc.).  Besides solving puzzles, you also have to figure out which way to go in order to achieve your objective with no one to guide you or provide hints (thankfully, you can display a map of the areas you’ve explored). 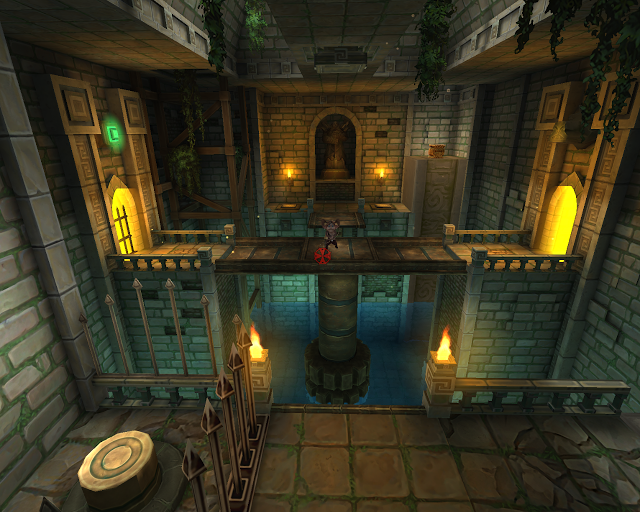 Casual gamers might be flummoxed by Herobound’s difficulty but experienced gamers looking for a beautifully made adventure will find many hours of satisfying play with Herobound: Spirit Champion.