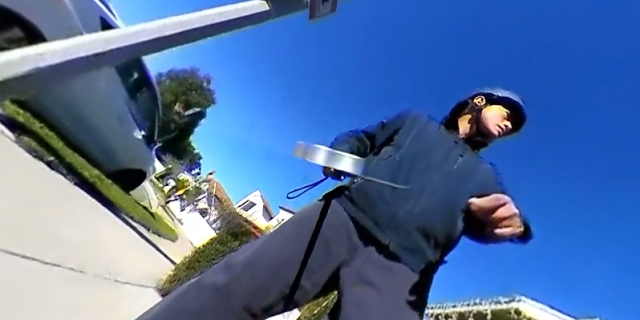 360 videos need to be stabilized to avoid making viewers dizzy (especially if viewed in a headset).  However, not all 360 cameras include image stabilization, and the ones that do don’t always have effective stabilization.  Fortunately, it’s easy to add image stabilization to your 360 videos simply by uploading them to Facebook.
Facebook will automatically attempt to stabilize a 360 video when you upload it.  That’s part of the reason it takes a while before the 360 video shows up on your post. 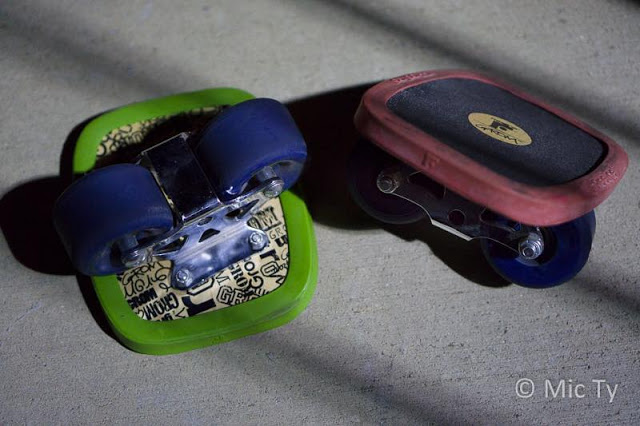 This was a very difficult video test for several reasons: first, the asphalt was little bumpy.  Second, I was turning a lot, not just going straight.  Third, I was holding the camera at various positions and sometimes inverted (to get closer to the skates).  Fourth, in the second video, I was skating down an incline, which makes determining the horizon more difficult for the software.

It appears that the stabilization algorithm had difficulty with the inverted portion of the video (the video became inverted).  But it looks a little improved.  Facebook’s stabilization is even more effective for videos where you’re holding a 360 camera as you’re walking.

Print your 360 photos with 360 PhotoBall
Vroomcam: a stabilized robot dolly for 360 cameras
Comment