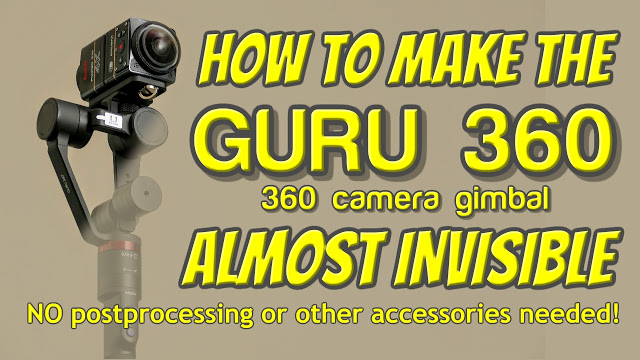 The Guru 360 is the most affordable gimbal for 360 cameras.  It also has one of the smallest nadirs and in some cameras, it can even become almost invisible.  Here’s a demo and tutorial.

Stabilizing your video with a gimbal is one of the most effective ways to improve its quality and to enhance your viewers’ experience.  Among gimbals designed for 360 cameras, the Guru 360 is the most affordable and it also has one of the smallest nadirs to date.

The nadir is small enough that it is possible to make it almost invisible.  Here’s a 360 video demo and a tutorial:


As I mentioned in the video, the most visible parts of the Guru 360 in the nadir are the motor and the counterweights.  To make them disappear, you need to do two things:
1. Move the camera off the center of the gimbal and toward the pitch/roll motor.  The goal is to put the motor between the lenses.
2. To hide the counterweight that is on the opposite side of the pitch/roll motor, you need to split it into two 2-piece components. 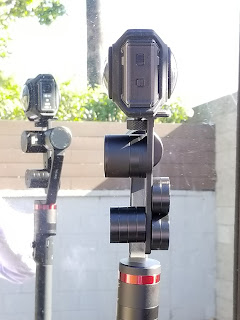 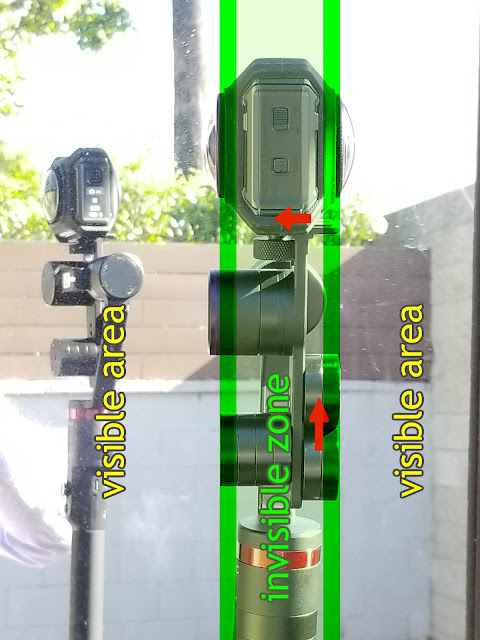