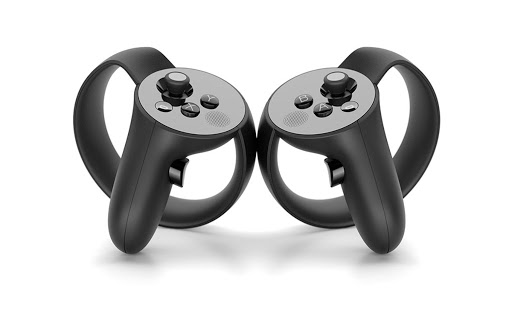 Check out this GIF.
“However this does not yet mean all Touch games are supported as the Vive controller doesn’t include all the capacitive features from the Oculus Touch,”  CrossVR said.  “For some games that rely heavily on that you may need to wait until a SteamVR controller is released that has full capacitive support. Your mileage may vary.”
HTC and Valve are indeed working on a new controller that resembles the Touch, with additional features.  If and when that controller is released, it would in theory be possible for the HTC Vive to run even Touch games that use its capacitive controls.  But please note that not all Rift games run on Vive (e.g. Minecraft), and I expect that not all Touch games will run on Revive either.  Plus, Facebook / Oculus might reinstitute a hardware DRM check that will prevent those games from running on anything other than the Rift.