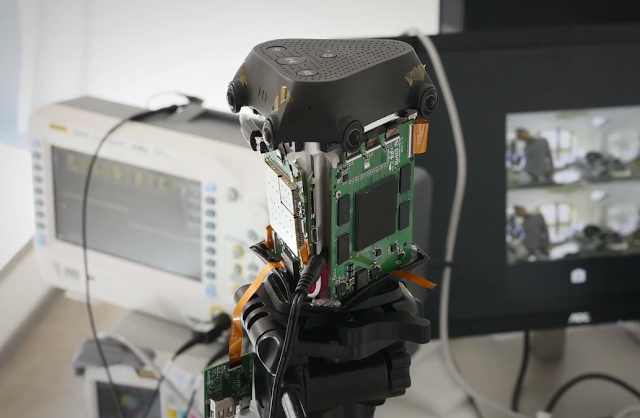 Hubblo posted a video showing how its PX6 camera is able to stitch 4K 3D 360 videos in realtime.

Hubblo VR is a 360 camera that can capture 4k 3D 360 video and stitch it in realtime or even live stream it.  That is a remarkable feat considering that many 3D 360 cameras require significant processing power to stitch videos.  The secret is Hubblo’s hardware-based stitching.  Here’s Hubblo’s video explaining how it works:

Hubblo will be available for $999 on Indiegogo on February 21 at 1:30pm EST.  In the meantime, you can check out sample videos here.

Zmer One is a fully spherical 360 camera with image stabilization and realtime stitching
Did you miss out on buying the Insta360 Air? Here’s how to get it
Comment