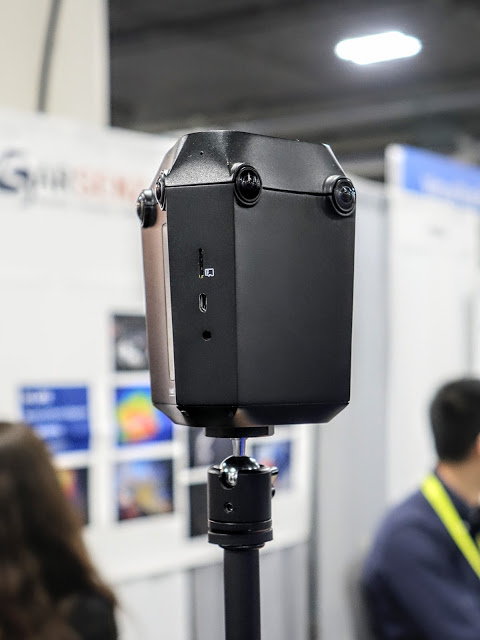 Hubblo is partnering with Samsung to livestream from Mobile World Congress, so they’ve moved their launch date back a few days.  There are some interesting implications from the announcement…
Hubblo is a 4k 3D 360 camera with realtime stitching and livestreaming capability and will be launching for $999 on Indiegogo ($1299 MSRP). Last week, I posted that Hubblo’s Indiegogo campaign will launch February 21.  However, that changed a few hours ago, when Dan Cunningham announced that Hubblo is partnering with Samsung to livestream from Samsung’s booth at MWC!
According to the announcement, the livestream will be on Facebook.  This made me wonder whether it would be via Facebook Live 360, and whether that meant Hubblo is compatible with Facebook Live 360, and whether Facebook Live 360 is capable of 3D 360 livestreaming.  I doubt Hubblo can say anything about that (Facebook has been strict with requiring camera manufacturers to sign an NDA).  The other thing I wondered is whether this meant that to view the livestream in 3D, you would need a Samsung Gear VR.  Right now, Facebook 360 photos and videos can’t be viewed on Google Cardboard, and can only be viewed with Samsung Gear VR.  I’ve inquired and will update this post when I find out.

In any case, due to this big announcement, Hubblo decided to delay its Indiegogo launch by a few days to February 25 to coincide with their live demonstration, as it were, at MWC.
If you are even remotely interested in Hubblo, I strongly recommend at least checking out their Indiegogo launch.  There’s something special that they will announce and you won’t want to miss it!

“First Lok” at Staro 136-megapixel 360 camera
TECHNIQUE: 12 Tips and Tricks to get better shots on the Insta360 Air
Comment