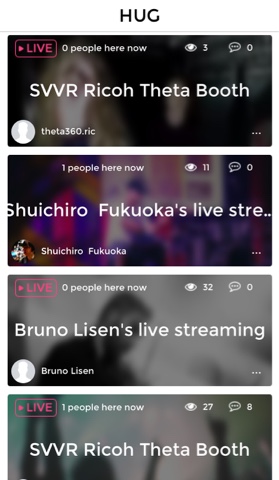 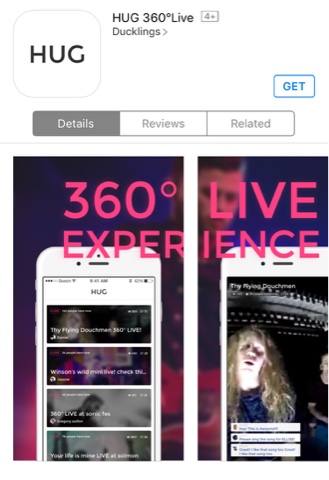 The Hug app allows people to view a livestream from the HugVR website. 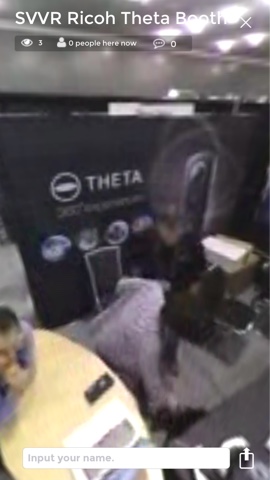 HugVR enables you to livestream in 360 with a Ricoh Theta S or the Kodak SP360 4k.  The app makes it easier for viewers to watch the livestream and send comments.