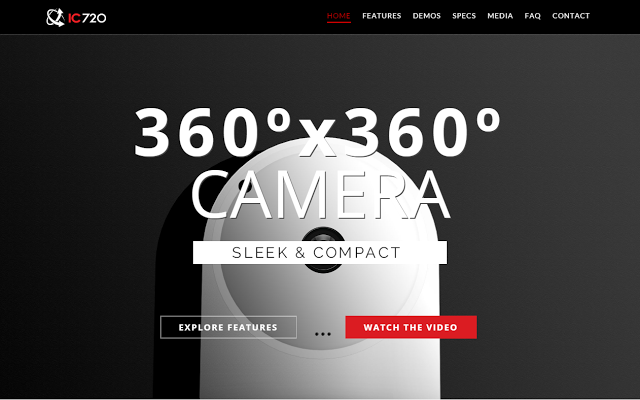 IC720 is a fully spherical 360-degree security camera by the same company that made the Allie Home livestreaming camera.

IC720 is a fully spherical 360-degree surveillance camera with realtime stitching.  Because it has no blind spots, it is arguably much more effective for security than conventional PTZ (pan-tilt-zoom) security cameras.  IC720 is made by the same company that made the Allie Home livestreaming camera.

Here is a video by HDLiving.com:

I don’t know yet re pricing and availability.  Thanks to Roman Goldman of Rec360.ru for bringing this to my attention!

TECHNIQUE: How to fix scratches on your 360 camera lens
360Bubble is a spherical underwater housing for 360 cameras
Comment