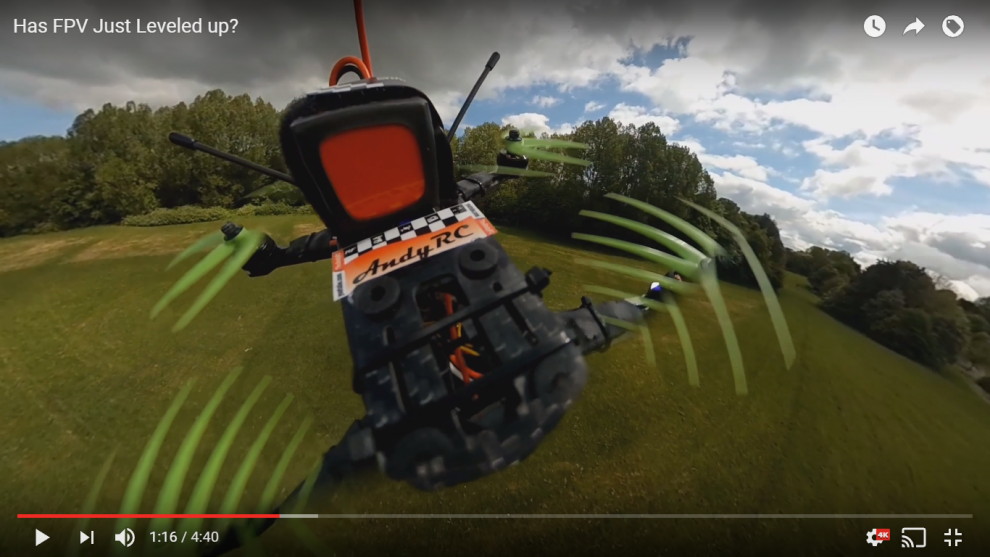 Drone vlogger AndyRC took the Xiaomi Mijia Mi Sphere 360 on his race drone and got some insane aerial videos! You have to see this!

I’ll just let the videos speak for themselves.  Don’t forget to pick up your jaw from the floor.


The first video uses the Xiaomi’s stabilization while the second is unstabilized (I sent Andy an older version of the Xiaomi app).  I thought they’re both amazing, although I thought the stabilized one was more eye popping.

Here is a video by Andy RC on his thoughts on the Xiaomi and how he used it for his aerial videos:


It’s funny how Andy RC noted that Xiaomi’s drone started out similar to the Xiaomi Mi Sphere – great hardware but buggy software that wasn’t fully translated to English.  Over time however, Xiaomi put out firmware and app updates and by the end, it was a “near perfect drone.”

This innovative aerial video by Andy RC just shows one of incredible possibilities from the Xiaomi’s realtime image stabilization.  The software is still quite picky at this point (allowing full resolution only on Snapdragon 820 and above), but the amazing things you can do with it make it worth getting a used Samsung S7 just to render it, in my opinion (plus you can use it for Samsung Gear VR).  Xiaomi is still on sale for $255 at Gearbest (there are 3 days left).  A used S7, especially with a cracked LCD or other cosmetic flaws can be found on eBay for under $250.

Meanwhile, Garmin Virb 360 is being released in about 2 weeks, also with realtime stabilization.  It is more expensive at $799, but it has more features than the Xiaomi.

New Garmin Virb 360 sample shows unique stabilization mode
VRDL360 is a slim 360 camera with 7K photos and 3K videos; should you get one?
Comment