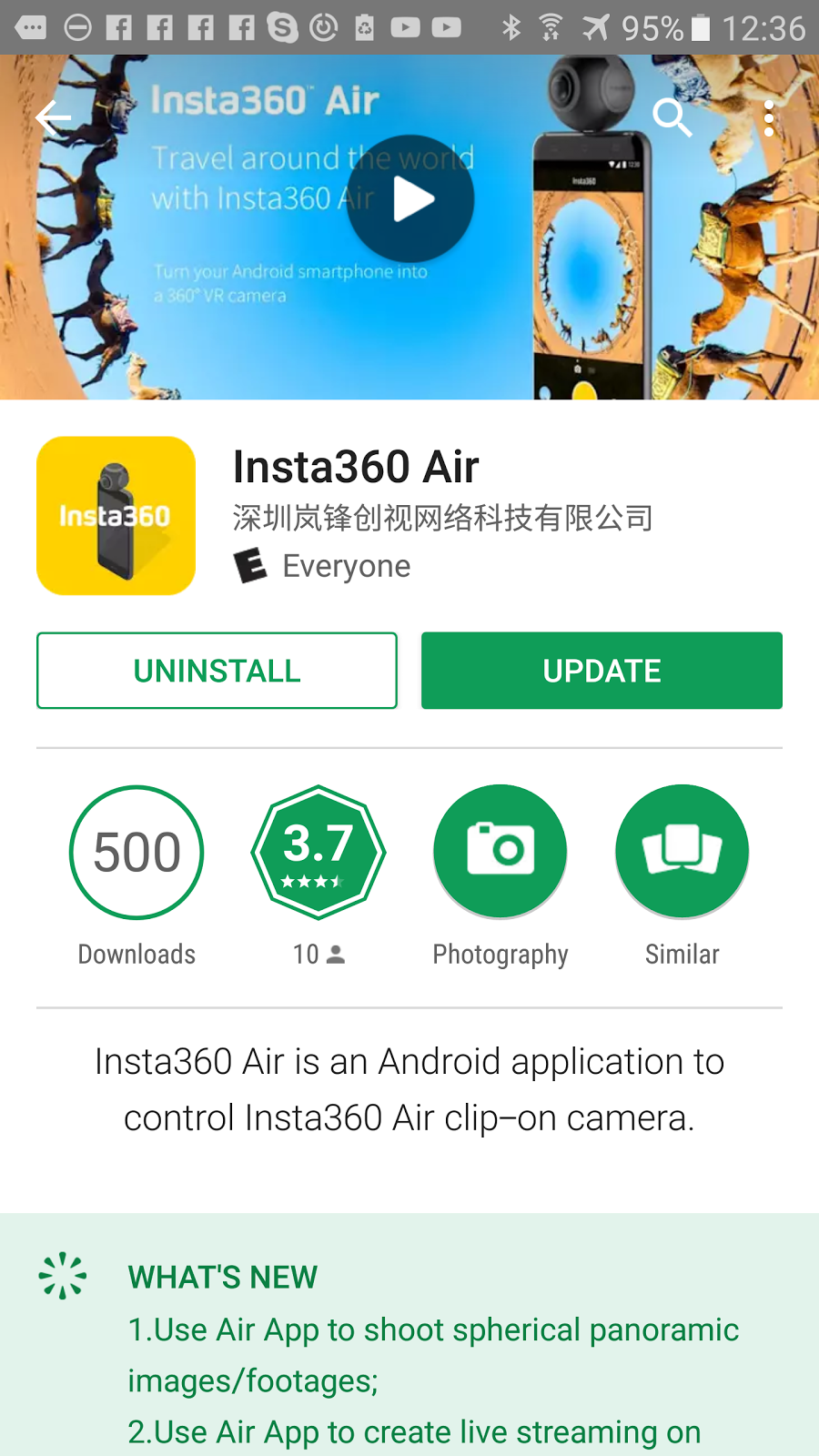 The release version of the Insta360 Air app (version 1.0.0) is now available on the Google Play Store.

The release version has many improvements over the previous public version of the Air app, including livestreaming to YouTube, and manual horizon correction.  Here is a list of the improvements: 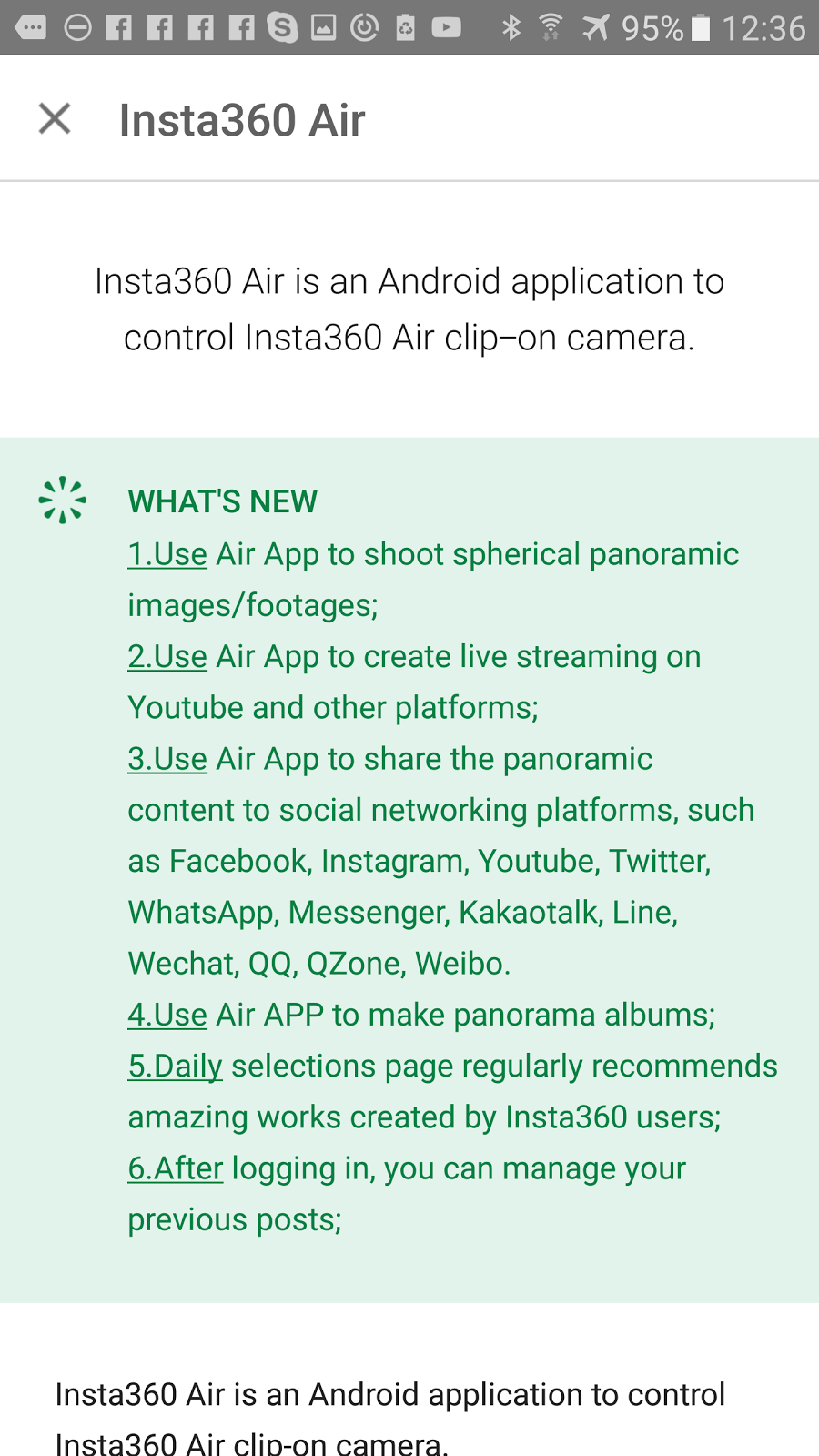 Beon: a waterproof wristwatch with a 360 camera
TECHNIQUE: How to fix scratches on your 360 camera lens
Comment