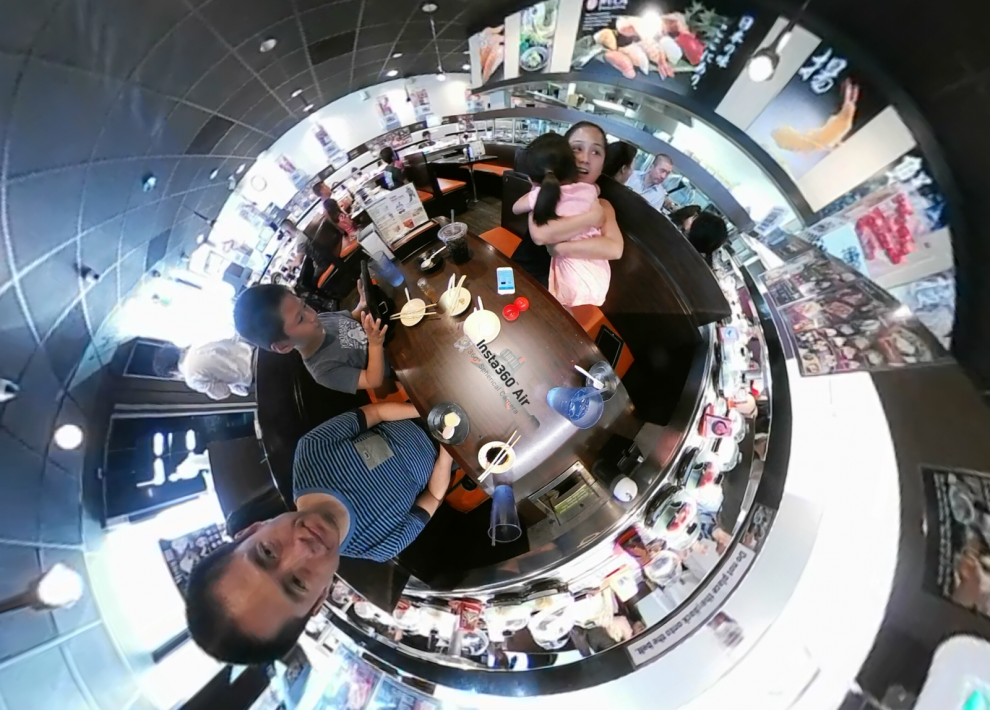 The first one is a 360 video montage taken in typical indoor lighting.  We were eating sushi at a restaurant called Kula (no relationship to the 360 photo sharing website).  Besides a conveyor belt with sushi, you can order food on a touchscreen and it is delivered to you by a separate (and faster) conveyor belt.  The other interesting thing is that when you return your plates, it shows a short cartoon episode every 5 plates.  When you return 15 plates, it shows the ending of the episode and gives you a little prize. 😀

I edited the video using Collect, a free 360 video editing app (note: I can’t see any difference in the image quality between the video edited on Collect and the original unedited video, and the developer said Collect is lossless up to 4k).

The second sample is from a restaurant with much dimmer lighting.  Not quite as low as “romantically lit” restaurants but quite dimly lit.