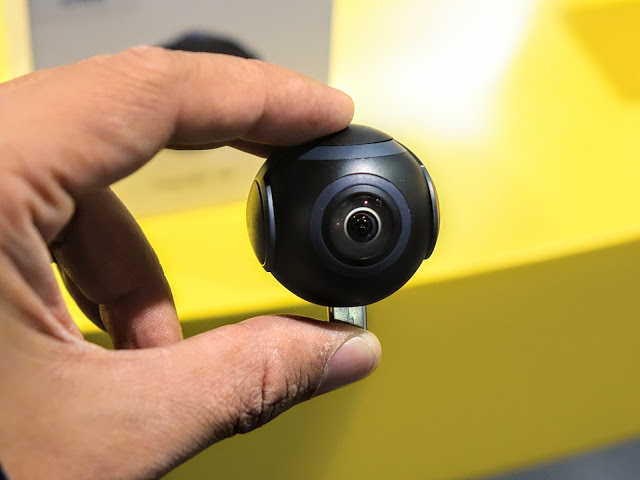 A majority of crowdfunded projects suffer delays, sometimes for years.  Insta360 Air, which is being crowdfunded on Indiegogo, will be shipping the first week of February, two weeks ahead of schedule!
Insta360 Air is a 360 camera accessory for your Android phone, enabling your phone to take 360 photos and videos in 3k resolution, and even livestream wirelessly.  At $119 MSRP, it is one of the most affordable fully spherical 360 cameras on the market. You can check out the sample photo and video here.

The crowdfunding campaign for Insta360 Air is nearly complete, and they’ve raised almost 12 times their campaign goal.  You can still get one for your Android phone for $99, 20% off the MSRP.

Insta360 has a complete lineup of 360 cameras ranging from the Nano, a popular 360 camera for the iPhone, to the upcoming Insta360 Pro, a 3D 360 camera with up to 8k resolution.  I’ve been very pleased with my Nano and I also ordered the Air myself.  Besides the Nano’s image quality and livestreaming features, I’ve been impressed with Insta360’s attention to its customers.  They’ve made tremendous improvements to their camera and app in response to customer feedback and are continuously improving their products.