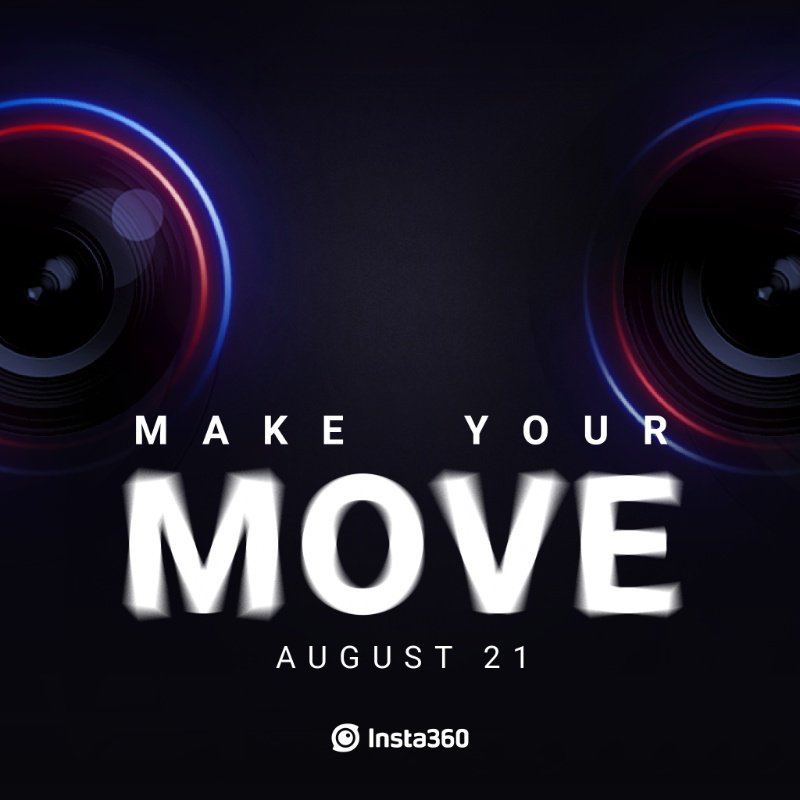 Remember the major news I mentioned yesterday? It’s a new camera from Insta360 and here’s a teaser photo!

The background shows two lenses that seem to be side by side. This implies that the camera either has 3D capabilities and/or is a 360 camera with 6 or more lenses. In that regard, the Insta360 Titan is both – a 360 camera with eight lenses. So it’s possible that the new camera might be the Titan.

Another possibility is that it’s a VR180 camera, which is a recent trend in the 360 industry.

Another hint is the slogan, “Make your move.” In the video version of the teaser, the word Move is vibrating, which could be hinting about stabilization capabilities of the new camera.

A third hint is that there are red and blue rings around the lens. This could be an allusion to 3D capabilities of the new camera.

How about you? Let me know your theories in the comments!

How YOU can create a FREE virtual tour in just 4 EASY STEPS with Veer Experience
On vacation this week, but standby for major 360 camera news!
Comment