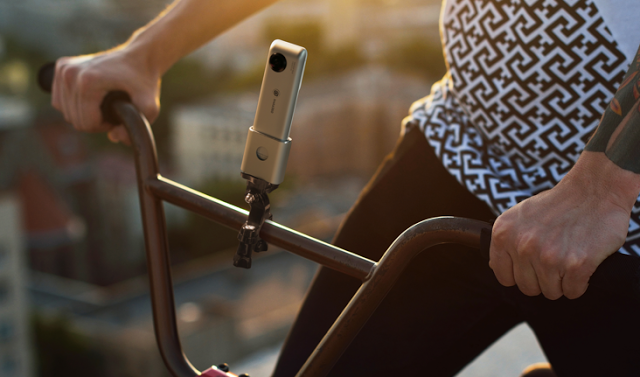 Insta360 has now revealed its tripod adapter for the Insta360 Nano (reviewed here).  They have also shown other accessories that enable the Nano to be attached on cars, bikes, helmets, surfboards, skateboards, and even an underwater housing.

Here is the tripod adapter: 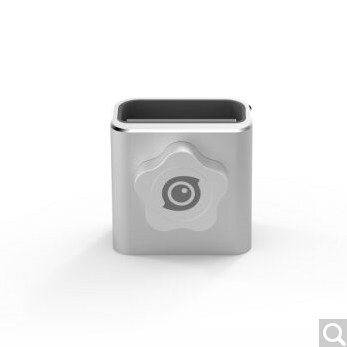 The flower-shaped part may be a knob to tighten the grip on the Nano.  It appears that the adapter will also enable the Nano to stand on its own.  Below it, is a standard 1/4-20 tripod insert to allow it to be used with almost any tripod: 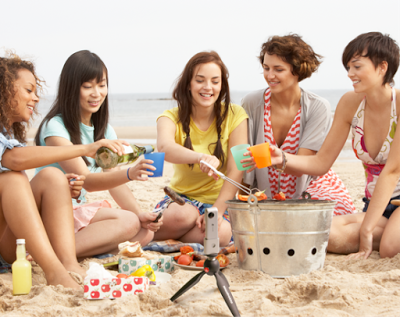 The tripod adapter can also be combined with other accessories to mount the Nano on several types of surfaces:
Bike handlebars:  The Nano and tripod adapter can be attached to a GoPro-style adapter, which can be used with a bike mount:

Cars.  The Nano and tripod adapter can be attached to a GoPro-style adapter, which can be used with a suction mount:

Skateboards: the Nano can be mounted on a skateboard using the tripod adapter, combined with a GoPro-style adapter, a quick release plate, and a 3M strip.

Underwater: the Nano can be used with a dedicated underwater housing 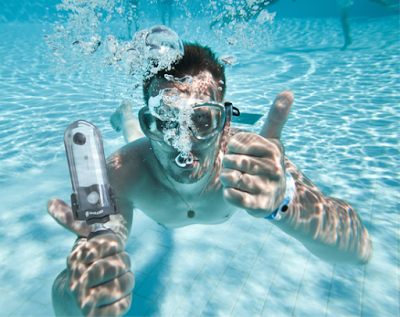 Skydiving / Racing helmets: there is a different type of tripod adapter that is more secure and can be used with a GoPro-style adapter, quick release adapter, and 3M strip for helmets.

The adapter is currently available from China through JD.com for 150 yuan (approximately $22). An Insta360 rep had said the adapter would be available in August. 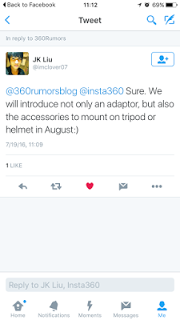 I’m not sure if that is true for the US as well. Here is the website for the adapter.  Thanks to Daniel Zhu for bringing this to my attention!

Update: Here is a hands-on review of the tripod adapter, called the Nano Mount.

In related news, Insta360 said that the updated app with self-timer has been submitted to Apple for approval, and should be available in a few days.
​

DEALS: 20% off these Playstation VR launch games
It’s easier to be VR Ready than you might think
Comment