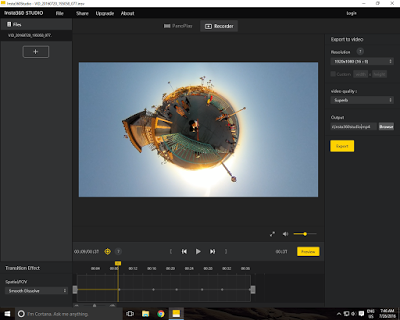 I tried this version and for some files, the issues improved, while for others, they got worse:

I’ve seen this bug in only one Insta360 One R HDR DNG file.  I had another HDR DNG photo from One R with no problems.  If you don’t have the One R, or if you don’t shoot HDR DNG with the One R, you’ll probably be ok.

In any case, since these new issues were not present in earlier versions, I’m certain Insta360 can fix this (update: they did, just 5 days later).  If you install this version, make sure to keep the previous version’s installation file so that you can reinstall the older version if necessary.