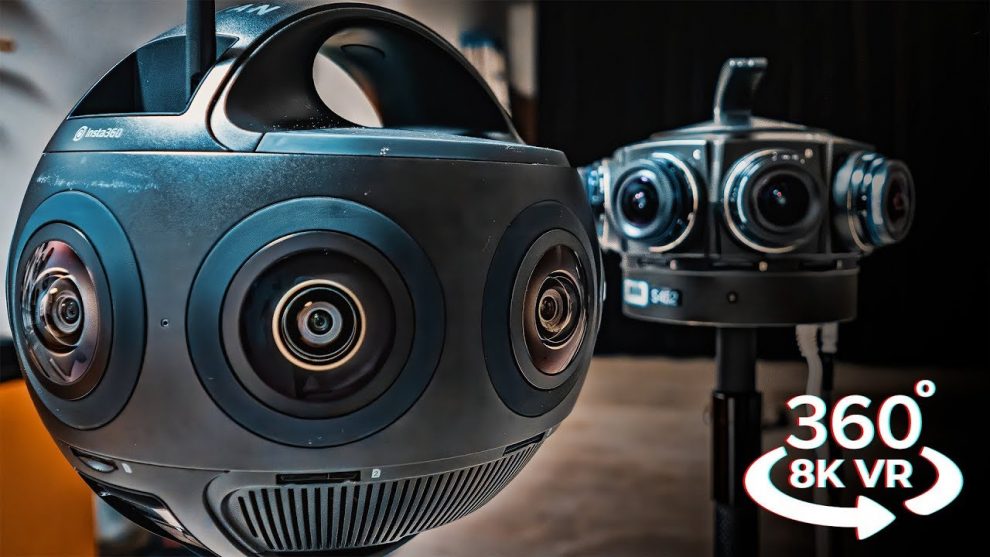 You can compare them side by side using the 360 camera comparison tool. I put the video on the bottom of the list to make it easier to find.  To look at the details, maximize one side, scroll on your mouse to zoom in, then restore the size.  Do the same for the other side.  Using this procedure, I compared the Insta360 Titan (left) and Z Cam V1 Pro (right):

From the comparison above, it appears that Z Cam V1 Pro has more neutral colors, but the Insta360 Titan is noticeably more detailed.

How about the stitching?  The V1 Pro has a lens that faces the zenith, which in theory would enable it to have better stitching for detailed ceilings.  It turns out, however, that neither the Titan nor the V1 Pro have good stitching for the zenith (note: this screenshot has been compressed – please ignore the posterization):

In the second scene at a restaurant, the Insta360 Titan appeared slightly more detailed, although the difference would might not be noticeable at normal viewing sizes.

In the low light test, the Titan and the V1 Pro appeared to have similar amount of noise and dynamic range, but the Titan looked slightly more detailed.