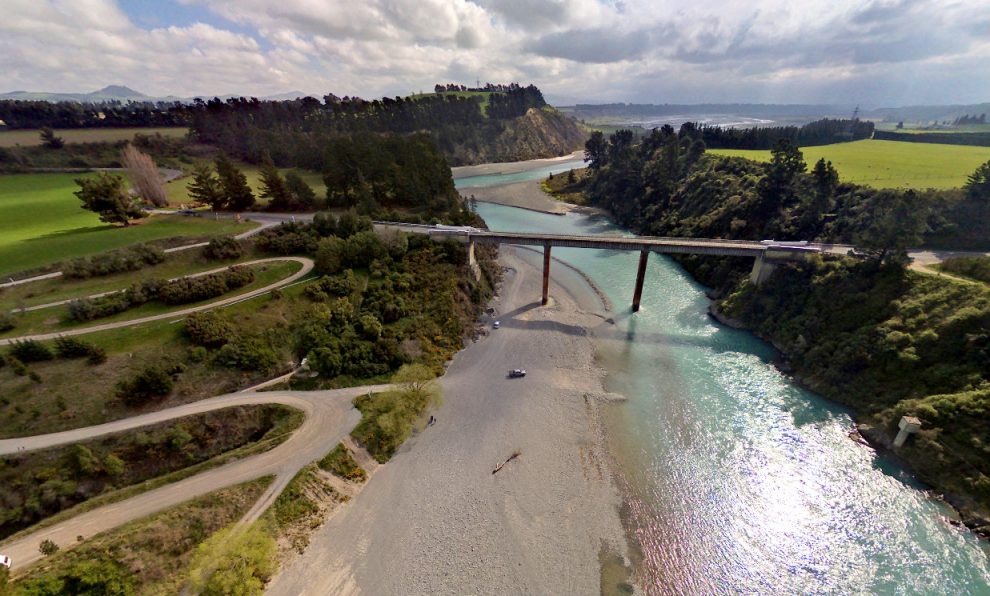 In this post, we talk with Wiebe de Jager, who has created 360 photos for National Geographic, and whose 360 video has been highlighted by Insta360. 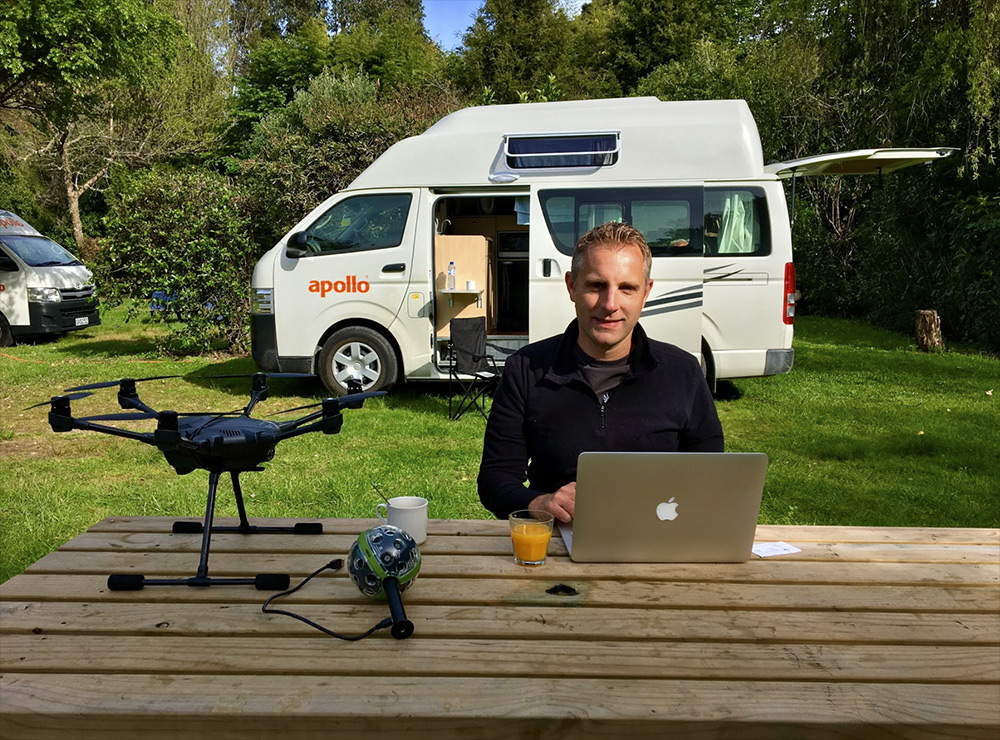 Wiebe de Jager is an experienced videographer from the Netherlands, who is well known for his aerial videos and who has worked for National Geographic and other clients.  He made a short 360 film with the Insta360 Nano, which film was highlighted by Insta360 at their CES 2017 press conference.

Hi, thanks for asking. I am a big fan of 360 Rumors and I’m honored to tell a bit more about my work and involvement with VR and 360º content. My fascination for immersive media such as VR and 360º goes back quite a long time. When I was a kid the age of 11 (we’re talking early in the 1990s), I went to see the Virtuality VR-headset at Eindhoven University in the Netherlands. I was absolutely thrilled about it. A couple of years later I learned about the basics of 3D modeling and raytracing on my Amiga 500. It took days to render just one picture back then! Another couple of years later, I got to play with Silicon Graphics computer hardware during one of my traineeships as a mechanical engineer. Again I was thrilled about the possibilities of realtime 3D rendering, but this kind of hardware was way beyond my reach, so I kind of forgot about it and moved on in other directions.

Fast forward to 2016. After having worked in publishing and online marketing for quite some years, my career took a sharp turn. In 2014 I discovered the creative potential of camera drones (and started to write about it on www.dronewatch.nl), and in 2016 I decided to become a professional drone photographer. At some point I learned about the Ricoh Theta S, and of course the first thing I did was attaching this Theta S to one of my drones. However I wasn’t very satisfied with the picture quality, and in my search for a better 360º photo camera, I decided on the German-made 108 megapixel Panono camera.

That really opened the way to high-quality aerial 360º photography. After some experimenting in my home country I took the next step and went to New Zealand, to create a 360º aerial photo tour. This was done in collaboration with National Geographic Traveler NL/BE. You can see the resulting virtual tour here. 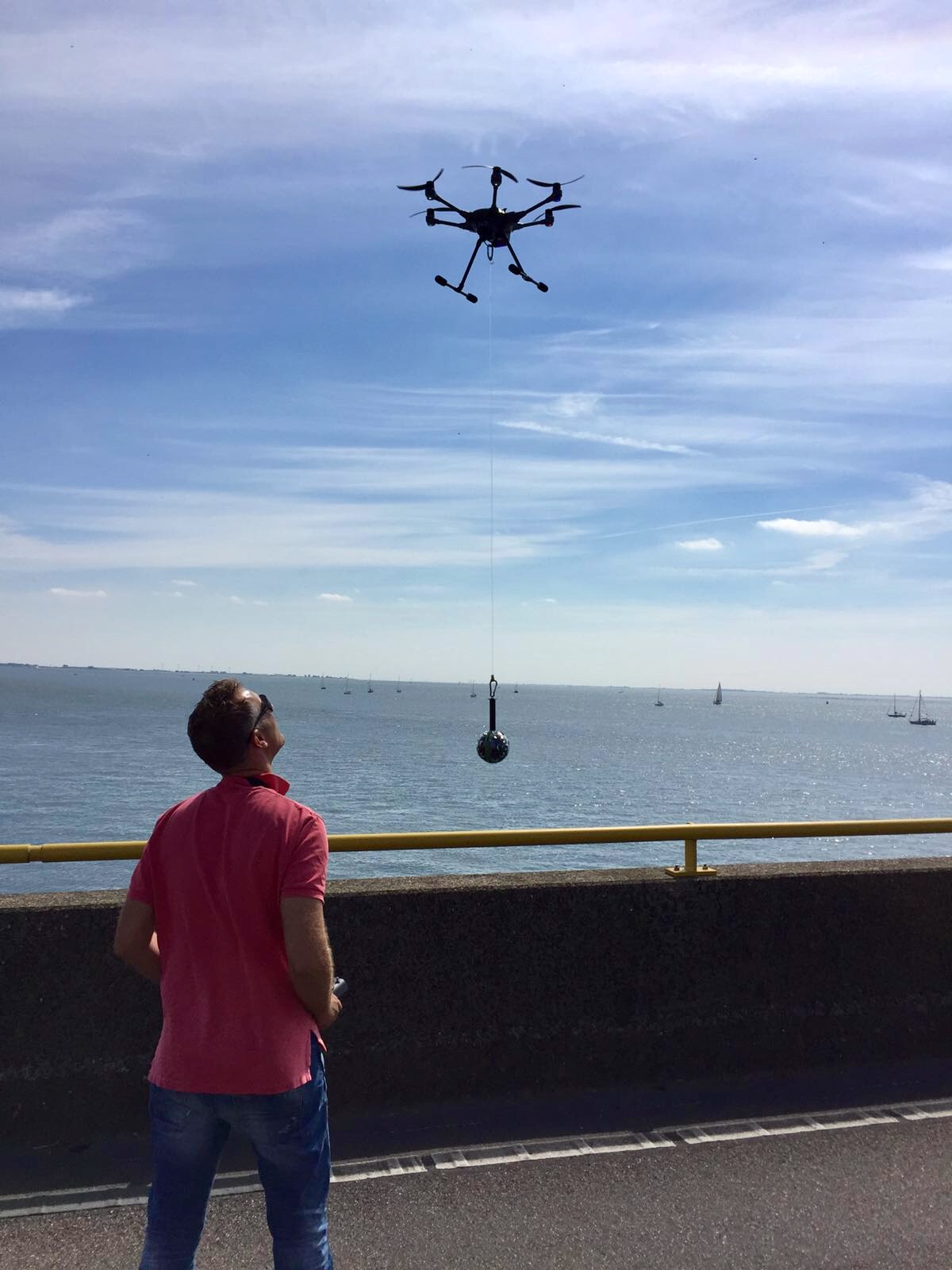 Of course, the next step is to create 360º (aerial) video. Early 2016, I experimented with the Theta S (my first 360º video featured some newborn lambs) and more recently, I tested the Insta360 Nano. Although the image quality isn’t good enough for professional purposes, these little cameras are excellent tools when you want to learn about the technology. Especially the Insta360 Nano is quite powerful, because of the way that it interacts with your smartphone and its 360º timelapse mode.

My goal for 2017 is to create some high quality 360º travel videos, including aerial 360º shots. Therefore I’m eagerly awaiting the new generation of 360º cameras, such as the Insta360 Pro, the Vuze Camera and the Sphericam 2. For me it’s important that the camera is portable and that the workflow doesn’t involve complex stitching procedures, as is the case with current GoPro Omni rigs. In that sense I’m not really a pioneer: other people have already done great work in this area.

Q.  What do you see as the advantages or opportunities in 360 photos and videos?

The biggest advantage is that you can really capture the mood of a place. Especially when the viewer is using a decent VR headset (like the Samsung Gear VR, or Google Daydream), as a film maker or photographer you can really take viewers with you and introduce them to other worlds. This idea excites me very much, and it looks like my dreams about VR as a 11-year old kid are finally becoming reality.

Another opportunity is in the area of mixing filmed 360º footage with rendered 3D content. I’m working on a very cool project right now, in which I’m exploring this technique. As soon as I have a first demo, I will be pleased to talk about it in more detail.

Eventually, when the quality of 360º video cameras becomes way better that what we have now, I predict that most filming will be done in 360º, even if the end product is an ordinary 2D video. In this future, cropping will become the most important job of the director.  [Mic: to get an idea of what Wiebe is talking about, see this related post.]

Q.  What would you say are some of the special challenges when shooting with a 360 camera?

There are many challenges when shooting with a 360º camera! When shooting 360º timelapses in public spaces for example, it’s really weird to put down your camera, walk away from it, and wait for 15 minutes or more before picking it up again. In the meantime you just hope that bystanders will kind of ignore the camera and not throw it over incidentally (or perhaps even steal it).

Then there is the big question of framing and storytelling. Normally, when telling a story via video, you carefully create a script and frame the shots in order to get a precise control over what the viewer gets to see. But in this case, you can’t really direct the viewer, so you have to develop a new mindset as a filmmaker.

As I said before, I think capturing the mood of a place is one of the hallmarks of 360º filming. On ground level this is already very well possible. However, capturing 360º aerials is still quite a challenge, especially when doing 360º video: there is the issue of stabilization, and the issue of having the drone in the FoV. There are systems that circumvent this, but they are very big and expensive, not something that you easily take with you in the field.

Q.  Can you tell us about your latest 360 video?  What was your approach in choosing the camera and shooting the video?

As I mentioned, I recently created a short 360º film about my hometown The Hague. My purpose was to get a feel for 360º mood capturing (partly by using timelapse for scenes without much action) and to see if you can ‘frame’ the shots by making sure that the ‘front’ of the camera always faced the most important scene. In addition I just wanted to see if it was possible to edit 360º video with regular video editing software (Final Cut Pro in my case). In the second half of the video you can see a museum with all kinds of optical illusions on display. It played out really well to capture those visual tricks in 360º.

My latest 360º video was also shot with the Insta360 Nano. In this case I filmed a business event. Normally, regular (2D) aftermovies of these kind of events are very boring. I think that a 360º video of such an event is much more fun to look at. The resulting video can be seen here:


Q.  Can you share some advice for other videographers who would like to know more about shooting in 360?

You will have to unlearn what you’ve learned before about video making. Don’t worry too much about hardware, but focus on learning new creative techniques instead. Go out there, put your camera on ordinary or extremely weird places, and see what it looks like on your computer screen or in your VR headset. So get yourself a cheap little camera such as the Ricoh Theta S, Samsung Gear 360 or Insta360 Nano [for iPhone] / Air [for Android], and start experimenting!

Q.  Yes, I absolutely agree with you!  Thank you again Wiebe for sharing with us your helpful advice.

To see more of Wiebe de Jager’s inspiring work, please have a look at his 360 portfolio here. You can also visit his website DroneWatch, and please subscribe to his YouTube channel here. 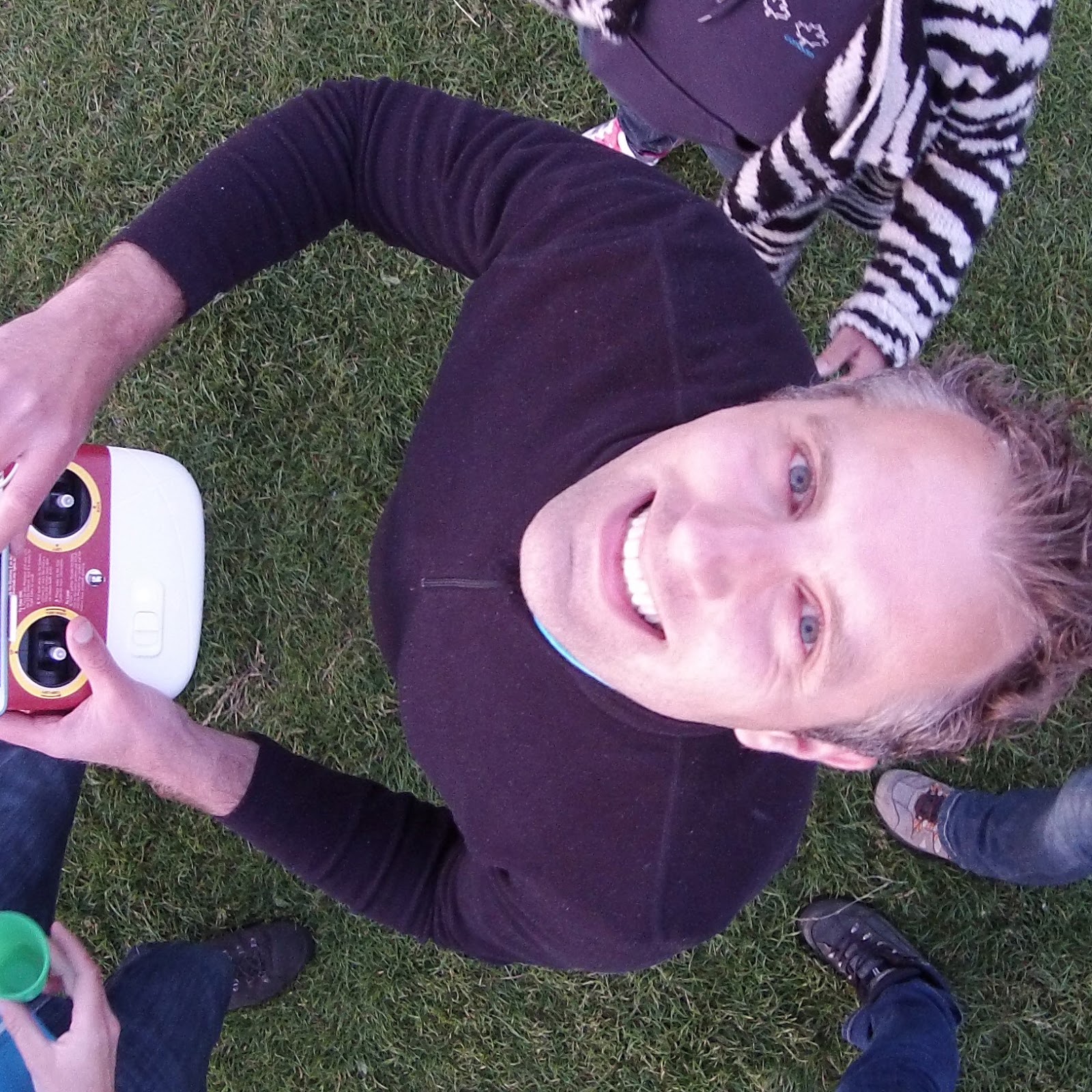 Hubblo VR wants to know: what kinds of sample shots do you want to see?
360 cameras spotted at Superbowl 2017: Panono and Samsung Gear 360
Comment