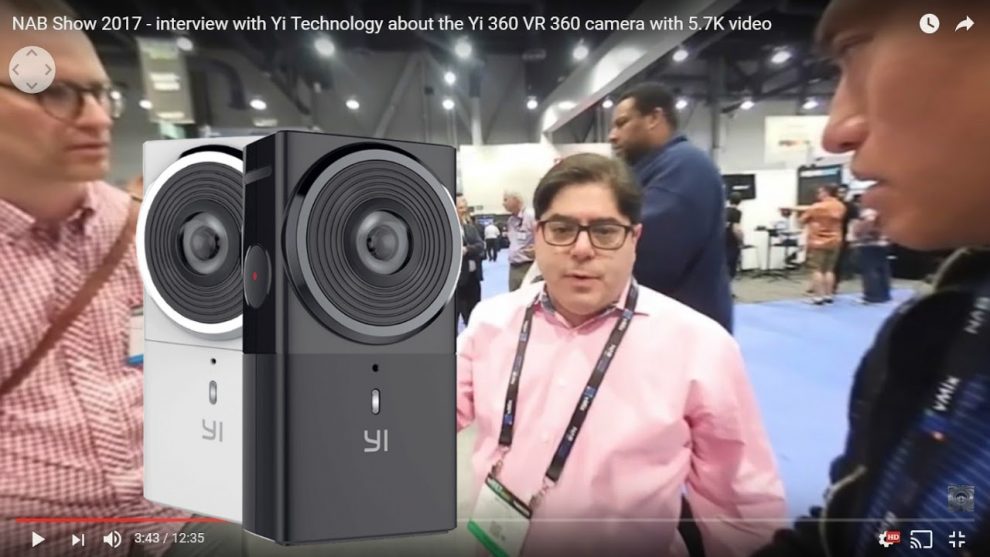 Here is the 360 video interview with Yi Technology’s Director of Marketing.  Also with me was Svend Even Haerra from NRK, Norway’s Public Broadcasting Station.  You also get to see my reaction when I first found out about the Yi 360 VR! 😀

If you found the video helpful, please take a moment to hit the Like button on YouTube, and and please consider subscribing to the 360 Rumors YouTube channel!

For specifications and other info on the Yi 360 VR see here.  Again, the Yi 360 VR is $399, shipping in June.  If you are interested in preordering the Yi 360 VR, you can sign up here (you’ll need to scroll down to the bottom of the page).  Note that your credit card won’t be charged or anything.  Instead, you’ll be contacted when the Yi 360 VR becomes available to purchase.