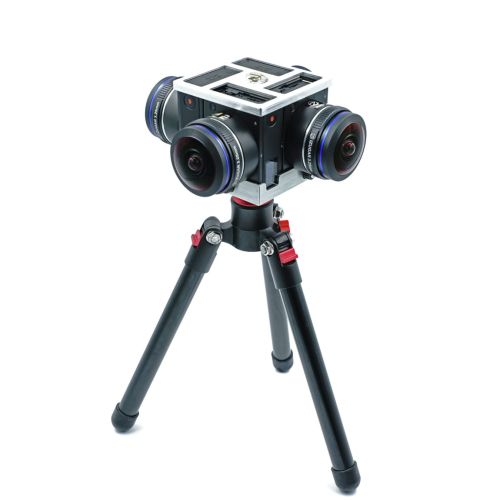 The iZugar Z4XL is a fully spherical 360 camera that has four Micro Four Thirds sensors for exceptional image quality.

The iZugar Z4XL is a 360 camera that consists of four Z Cam E1 cameras with Micro Four Thirds sensors. Many 360 cameras use sensors that are 1/2.3-inch or even 1/3.2-inch.  A Micro Four Thirds sensor is far larger than a 1/2.3-inch sensor — about eight times larger (225 sq mm vs 28 sq mm).  A larger sensor has several advantages such as higher bit depth, higher dynamic range, and less noise (higher signal-to-noise ratio).  Four Micro Four Thirds size sensors, which are each half the size of a 35mm full frame sensor, should provide image quality much closer to what people are accustomed to expecting from a DSLR.

THE PLOT THICKENS
Meanwhile, yesterday, I posted a link to a video sample from Z Cam, creators of the S1, a 6k 360 camera due for release in December.  However, it turned out to be from an even newer 360 camera also from Z Cam, one that they haven’t announced — the Z Cam Radius.   Z Cam hasn’t revealed anything yet about the Radius, so we have very limited information about it.  Z Cam only said that it would be “much higher” image quality than the S1, which is a remarkable statement, considering that the S1 already has very impressive video quality – one of the best I’ve seen in a 360 camera of its class.

The curious thing is that the sample that Z Cam identified as being from the Radius looks identical to the sample posted for the iZugar Z4XL here: 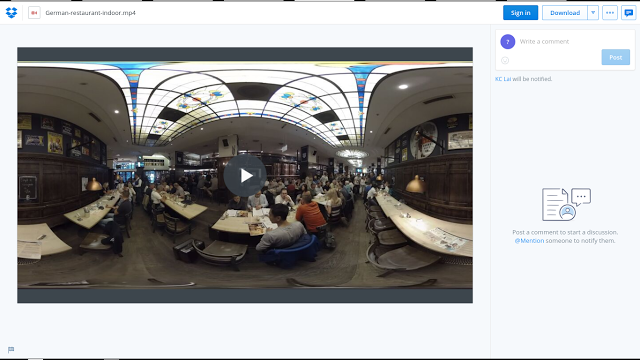 This fact, combined with the fact that the iZugar Z4XL uses four of Z Cam’s E1 cameras suggests that the iZugar Z4XL and Z Cam Radius are very closely related, if not identical.  It would also account for Z Cam’s statement that the Radius has much higher image quality than the S1.  The Z4XL uses much larger lenses than the S1, which suggests that its sensors are much larger than those of the S1, and therefore it has higher image quality.
UPDATE: Dean Z found more information about the Z Cam Radius.  Check out these links:
1.  https://vimeo.com/185540735 (see sequence starting at 4:34).
2.  Z Cam announces cooperation with Radiant Images https://www.facebook.com/ZCAMS1/posts/194939477615379&width=500
3.  “Radius 360” camera for rent through Radiant Images http://www.radiantimages.com/virtual-reality/vr360/1066-imagine-vision-zcam-2  ($2500 per day or $7500 per week, excluding software).
Thank you very much, Dean! 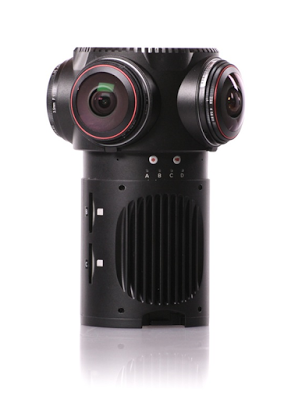