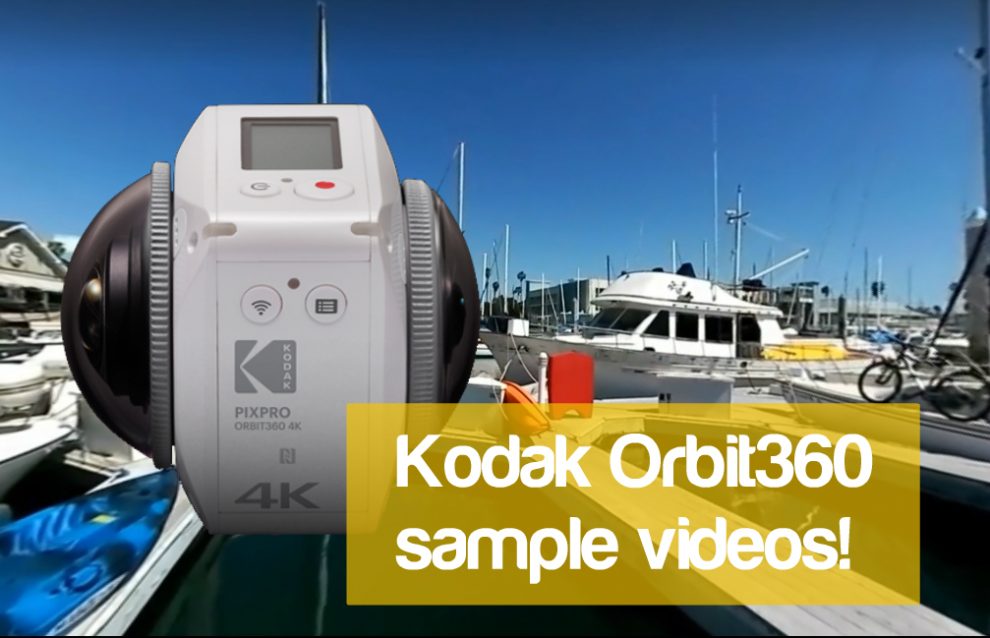 Here are among the first sample videos from the highly anticipated Kodak PIXPRO Orbit360 (aka 4KVR360)!!!  Update: new video added!

The videos are by Kevin Cruz (Youtube channel here) and he has confirmed that these videos are indeed from the Orbit360.  First, here is a tiny planet video, created with the included desktop software for the Orbit360.

The colors look very rich, and the camera seems to have only minor flare artifacts in this sample.  As with previous samples, the exposure and colors between the two lenses appear very similar.

UPDATE: And here is a 4K 360 video posted by Kevin on YouTube (at normal speed):


Once again, the colors are rich and the exposure is spot-on.  There is a little bit of flare on the rear lens but it’s nothing unusual, and the same issue affects nearly all 360 cameras.  The video quality looks very impressive to me!  Let me know your thoughts in the comments!

Meanwhile, Japanese camera chain Bic Camera announced that the Orbit360 would be launching in Japan on May 25, for JPY59,500 (around $530).  Kodak hasn’t announced yet when the Orbit360 will be available in the U.S. or other countries.