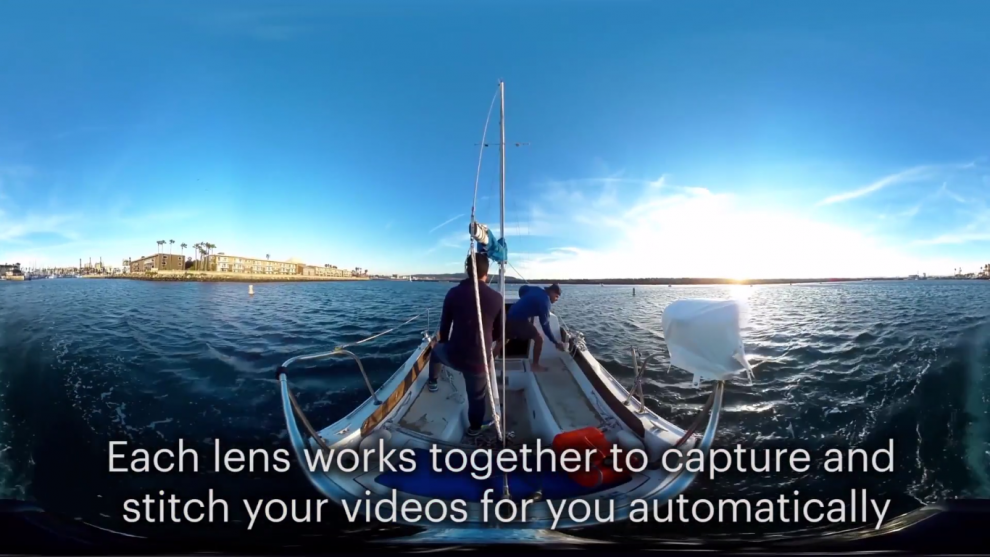 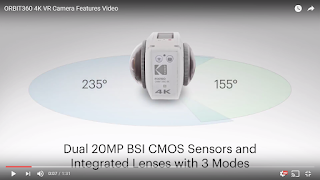 Here is the video!

If I recall correctly, this is the same video that they showed at their booth at VRLA.

As with the new Orbit360 mini-site, the video places heavy emphasis on the Orbit360’s asymmetric lenses, which enable it to function in three different ways: as an ultrawide fisheye, as a hemispherical camera, or as a fully spherical camera. 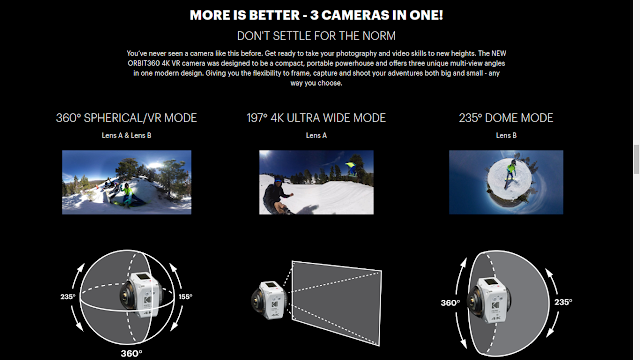 The video also showed a screenshot of the stitching app, which looks like it has the same interface as the current stitching app for the SP360 4K Dual Pro, but with a different name (PIXPRO VR Utility) implying that it is a separate program. 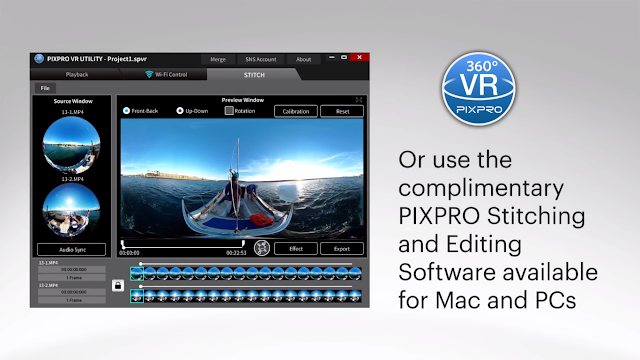 One new feature is a “Wi-Fi Control” tab, which is not in the SP360 4K’s app.  This seems to imply that there will be a tethered mode, and I *speculate* that it might even be usable for some type of live streaming.

As with the current SP360 4K app, the software has a Calibration button, which in the SP360 4K app allows you to customize the stitch (e.g. based on stitching distance, pitch, roll, and yaw etc.) for smoother alignment of the lenses. Here is what the calibration screen looks like on the current app: 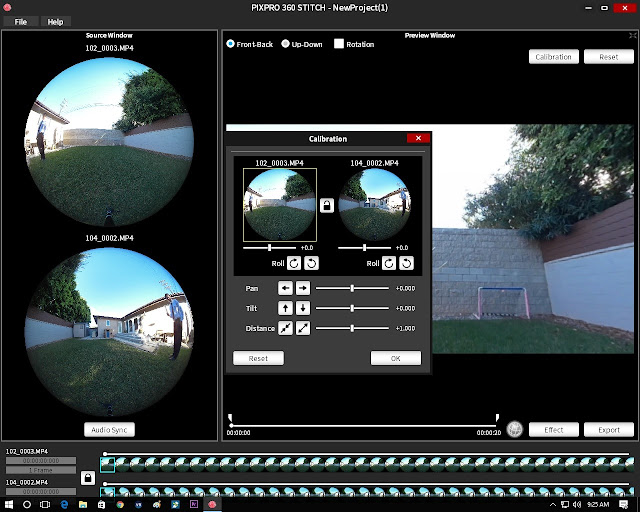 Interestingly, there is also an audio sync button just like in the SP360 4K app, although if the lenses are gen-locked, this should be completely unnecessary (perhaps it’s there just because it was carried over from the previous app).

There’s also an “Effect” button, which, if it’s at all like the current app, should enable you to sharpen, or adjust brightness, contrast, or saturation, as well as choose between a smooth or sharp stitch.  I hope they also add an adjustment for white balance although the current app doesn’t have it.

As for availability, the latest word is that the Orbit360 is being released May 25 in Japan, with other regions to follow.  To stay updated on the Orbit360 and other 360 camera news, please bookmark 360rumors.com and/or follow us on Facebook, Twitter, or YouTube.