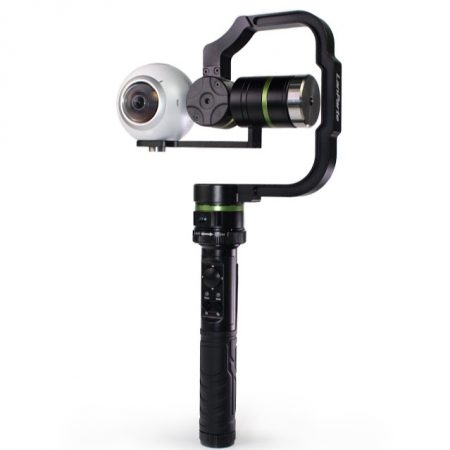 Lanparte LA3D-VR-01 is a gimbal designed for 360 cameras with two lenses such as the Samsung Gear 360 and Nikon Keymission 360.  It has an unusual design that places all the motors within the stitch line, making them invisible to the 360 camera (except that the yaw motor and the handle will become visible if the handle is held horizontally). 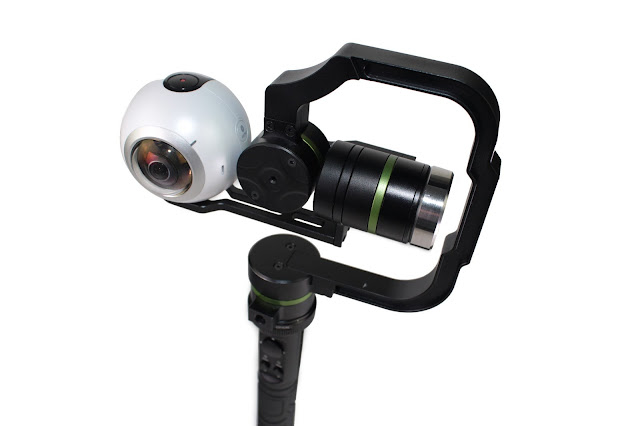 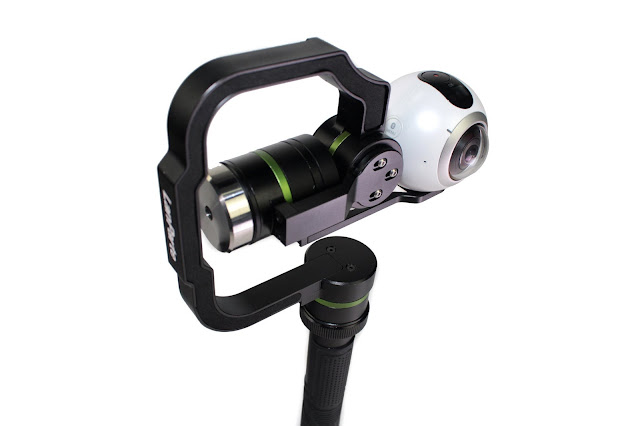 The LA3D-VR-01 has a modular design and appears to have parts that are interchangeable with some of the other components of Lanparte’s LA3D system, possibly including Lanparte’s wearable wireless control kit, although I don’t know for sure yet. 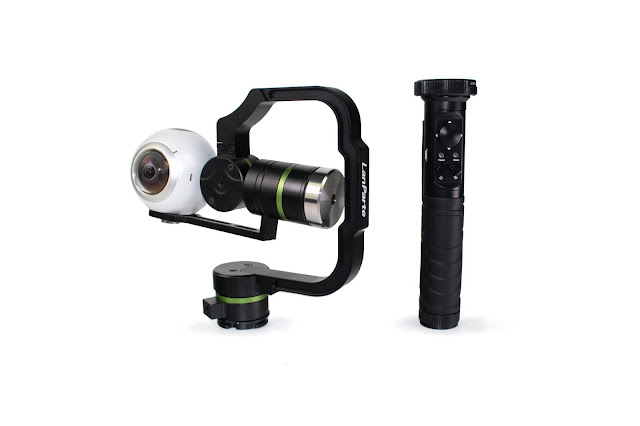 Here is an interview and demo by Personal View:

Here is a sample 360 video from last year by Philip Bloom:

The video shows several things: first, if the gimbal is held vertically, the motors do disappear from view, at least for thicker 360 cameras.  For slimmer 360 cameras such as the Ricoh Theta S, the arm would likely be visible (I don’t know for sure).  Second, the video shows that the gimbal can be held horizontally.  However,  I don’t know if it can be used inverted.  Third, it appears from the video that the Lanparte is silent.

On the other hand, Lanparte’s design has a couple of drawbacks.  First, if it is used with thinner 360 cameras such as the Theta S, you can expect the arm to appear prominently in the video.  Second, Lanparte’s design seems to have a limited range of roll (unlike for example, the Feiyu G360 which has nearly unlimited freedom of movement).   Third, since it doesn’t have counterweights it might have a shorter battery life and/or a lower maximum weight capacity, although it does have two 18350 batteries, and it seems that the gimbal can be used with one or both batteries (there’s another tube that looks like it can be attached to the handle to accommodate the second battery), in which case the additional battery may be able to compensate for the increased power consumption.  Fourth, wider 360 cameras such as the Vuze Camera seem like they cannot fit the Lanparte. 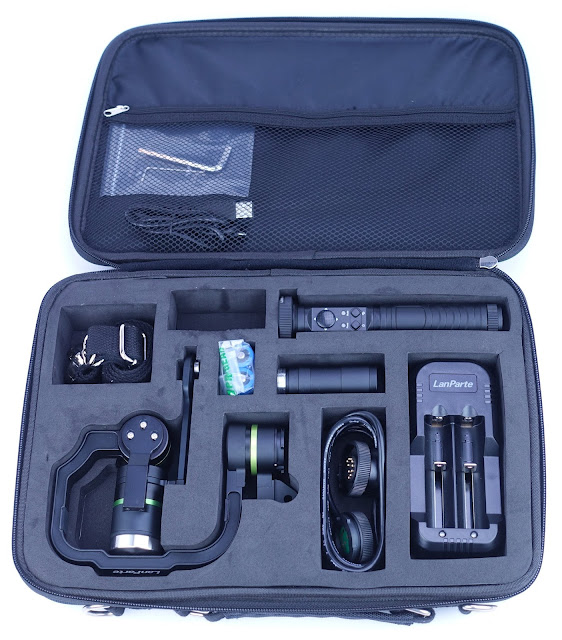 Lanparte LA3D-VR01 is available for $279 from Amazon and includes the gimbal, a charger, a carrying case, and a 1-meter control cable for wired control. 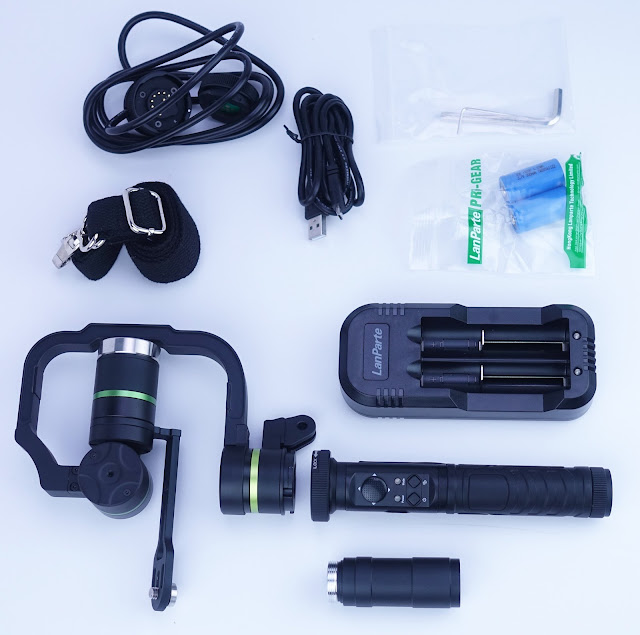