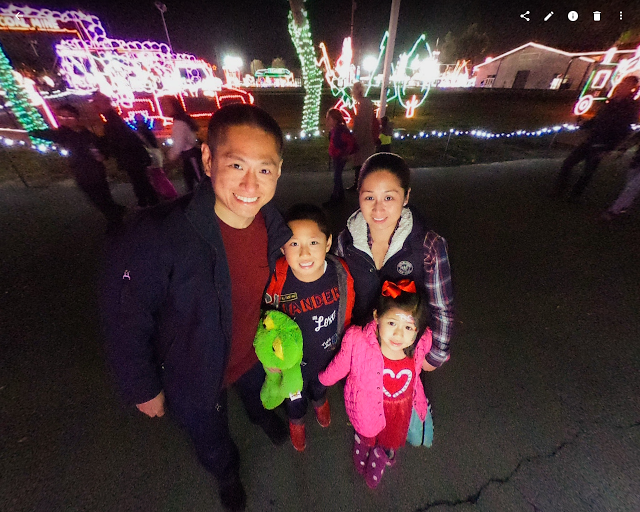 I found an LED light that can work for almost any 360 camera!

It’s an LED light with two arms, which can be made to face almost any direction. 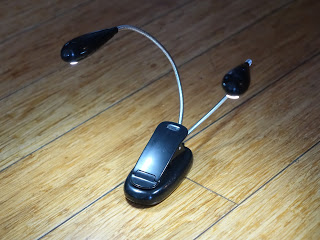 The LED light has a clamp that is not wide enough for 360 cameras, but it can clamp on selfie sticks and lightstands which are often used with 360 cameras.  What makes this light useful for 360 cameras is that the light can be used to face in any direction, or to illuminate two directions at the same time. 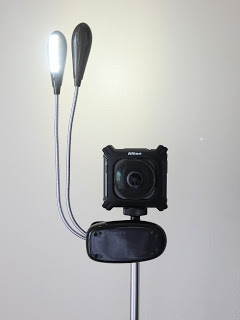 I tried it with a variety of selfie sticks, monopods, and light stands, and it was able to attach to all of them. 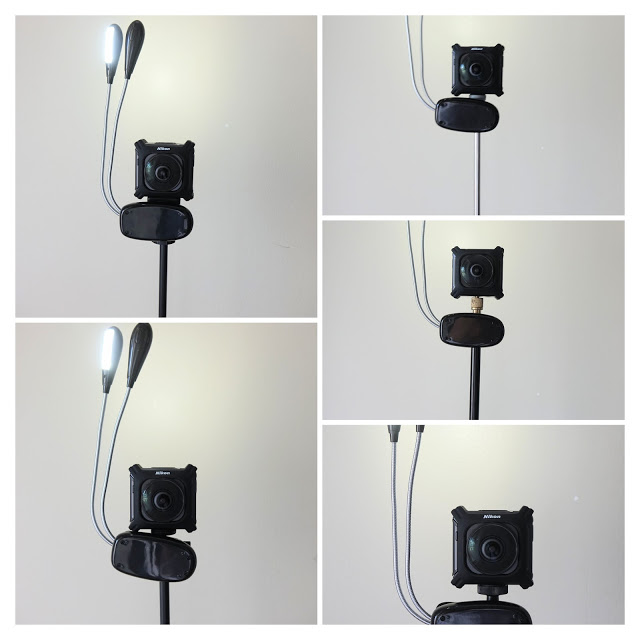 It has a little bracket inside that I found useful for stabilizing its grip by resting it against the tripod attachment of a light stand. 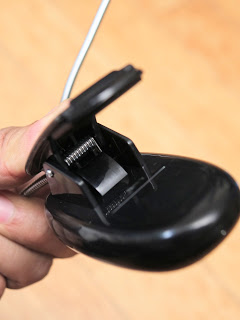 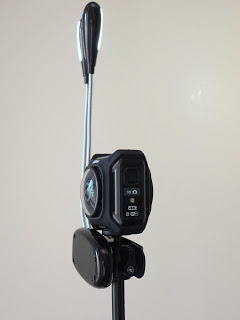 Here are some sample 360 shots (with a Ricoh Theta) using the LED light.
Here is a shot where the light is illuminating both the front and the back at the same time.
Each LED has two power settings.  Even on the highest setting and with both lamps facing the same direction, the light is not very strong and won’t work as a fill light in daylight, but it works well for low light shots.A couple of tips:
1. If the camera is being positioned high, clamp the LED light on the lightstand shaft close to eye levels.
2. If some of the subjecs are taller than the others, position one LED light for the tall subjects and the other for the shorter subjects.
The LED’s clamp is wide enough that it will appear in the shot, but in low light, it is unobtrusive (as you can see in the sample shots).  The light can be folded into a pretzel shape to make it easier to fit in your camera bag.  Since it clamps onto your light stand or selfie stick, you don’t have to bring any other accessory 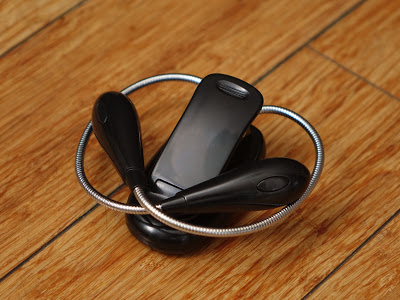 The light is rechargeable via a DC to USB cable (included) which you can plug into any USB charger.  One complaint is that there are no lights indicating the charging status, so I never really know if it’s fully charged. 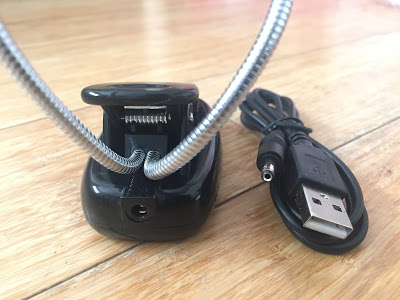 The LED light is available on Amazon.  The one I got is $10.  This one is for $11 but appears to have a charging lamp.  If you’d like to get this LED lamp, I would greatly appreciate it if you could purchase through the links above, which will support 360 Rumors at no cost to you, so I can do more tests and reviews.  Thank you very much!Update: one of the lights on my LED lamp is starting to act strange, suddenly turning off, and I have to hold down the button to keep it on, but then later, it will act normally again.  I’m returning this lamp to exchange it for another lamp of the same type.  (Incidentally, that’s another reason I like ordering from Amazon – they have a good return policy.)