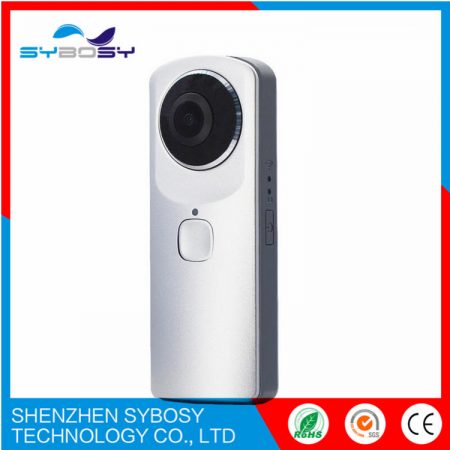 Here’s a clone that seems to have significantly better specs than the original.  In fact, on paper, this is pretty much the 4k waterproof Theta that people have been asking for.

The Sybosy ACPRV8 looks very similar to the LG 360 Cam (~$129 street; reviewed here), but in terms of specifications, it actually exceeds the original.  Here are the key specs:

With its 4k video resolution and waterproof capabilities, plus its slim form factor (with less parallax stitching error) this 360 camera looks like a formidable contender, at least based on specs.   You could even argue that these specs and form factor are pretty much the 4k version of the Ricoh Theta that everyone has been waiting for.

I don’t know yet the [retail] pricing or availability nor do I have samples yet.