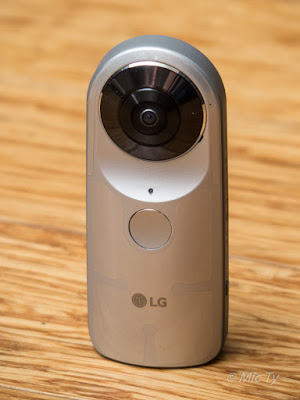 LG 360 Cam, one of the most affordable fully spherical 360 cameras, received an update to its app that added several new features including 360 audio. 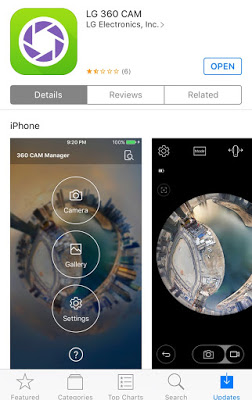 The LG 360 Cam app received an app update, which is supposed to add several features:
1. 360 audio:  With 360 audio, the sound will change to reflect the direction the viewer is looking at, including directly above or below. 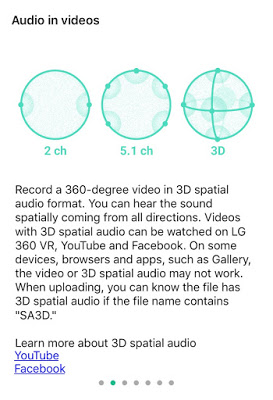 Here is a sample video with 360 audio:

2. 360 preview.  Until now, when viewing a live preview on the app, you could only see either the front lens view or the rear lens view.  The update is supposed to add a true 360-degree preview.

3. Bottom logo sticker.  The update adds the ability to add a watermark.  I’m not sure if the watermark is customizable.

4. LED on/off.  The update adds the option to turn the LED on or off.

I tried the update but I wasn’t able to access any of the new features.  It appears that a firmware update is required.  However, I haven’t been able to update the LG 360 Cam’s firmware because the firmware update requires LG Bridge, which seems to be only in Korean, and more importantly, it keeps saying it can’t access the server for a required update to LG Bridge, then the app quits. 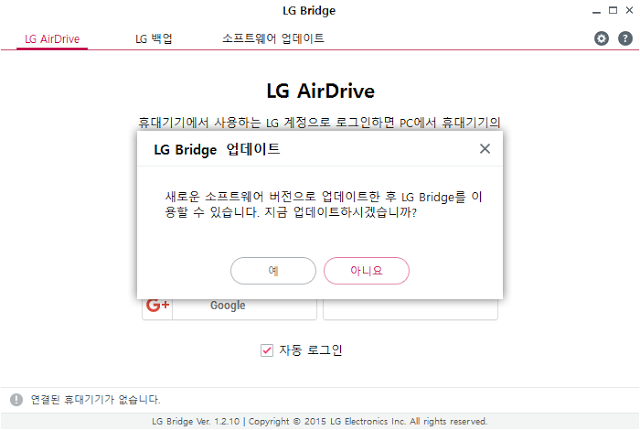