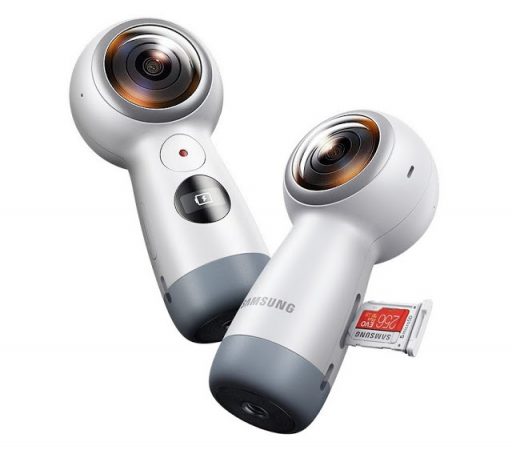 The 2017 Samsung Gear 360 uses a different version of ActionDirector desktop software.  Here is where to download it.

The 2017 Samsung Gear 360 (available here; first impressions here) is one of the hottest 360 cameras of 2017 because it appeared to be the equivalent of a 4K Theta (until the actual 4K Theta was announced).  The 2017 Gear 360 can be stitched on the app or the desktop software, but if you stitch it on an iPhone, the video and photo resolution will be limited (in contrast, when stitched on a Samsung S6, there is no reduction in photo or video resolution).

Note: ActionDirector 2 requires Windows.  For Mac, there is a separate software for stitching but I haven’t found it yet.