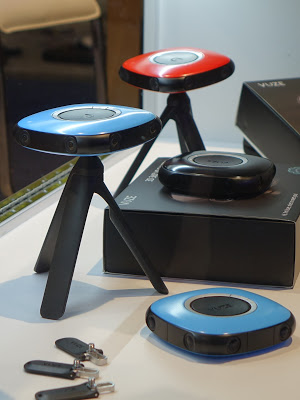 Vuze Camera posted a new 3D 360 video of a wedding.  Besides demonstrating how a 360 camera can be used for a wedding, the video showcases the Vuze’s performance in low light.

Vuze is the first affordable 3D 360 camera for consumers, due for release in March 2017.  I had the chance to test it out at CES (here’s my hands-on report).  It is currently available for preorder directly from Vuze or from B&H Photo for $799.

The PMast is a 360 camera that uses spherical lenses
New monopod with tripod base from Kodak Pixpro for SP360, Orbit360 and other 360 cameras
Comment