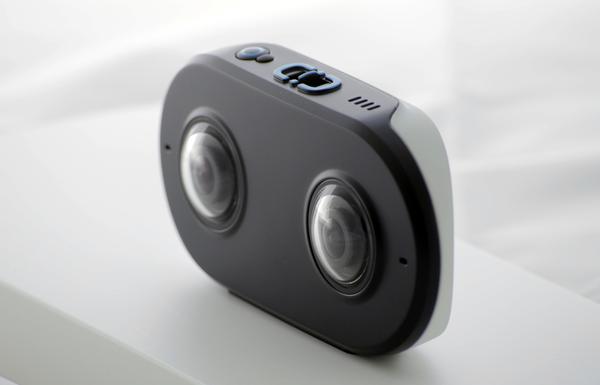 It took much longer to deliver to their customers than they originally planned but the final product actually exceeded the original specs.  It was originally going to have 1080p per eye video resolution.  The actual final product has a resolution of 4K 30fps per eye.   More importantly, they did finally finish delivering to all their backers last week.

So why get a LucidCam instead of a 360 camera?  First of all, heatmaps show that when viewers watch 360 videos, most of them focus only on the front part of the 360 video.  Second, it is easier for consumers to imagine getting a Lucidcam rather than a 360 camera.  Picture this: if they had to choose between a GoPro and a 360 camera, then it creates a dilemma for them, and many of them might choose a GoPro as a safer, more familiar option.  However, if they are choosing between a GoPro, and a camera that is similar to a GoPro but is wider and is in 3D, then they could see the appeal in getting a LucidCam, just as moviegoers often go for the large popcorn which is just $1 or $2 more than the $5 small popcorn.

From a content creator’s perspective, the LucidCam’s front-facing VR experience is also easier to compose for, compared to a fully spherical 360 camera.  It’s also helpful that the Lucidcam has in-camera stitching, making it convenient to shoot with.

One mystery as Mike Cane pointed out is why Google never mentioned LucidCam in its announcement of the VR180 program.  Regardless of whether LucidCam is formally certified as a VR180 camera, it is a de facto VR180 camera, in fact the first such camera to be available to consumers.

Thank you very much to @Mike Cane (https://atomicsupermen.wordpress.com/)  and Jim Jensen (Google+ Photo Sphere Community) for bringing this to my attention!