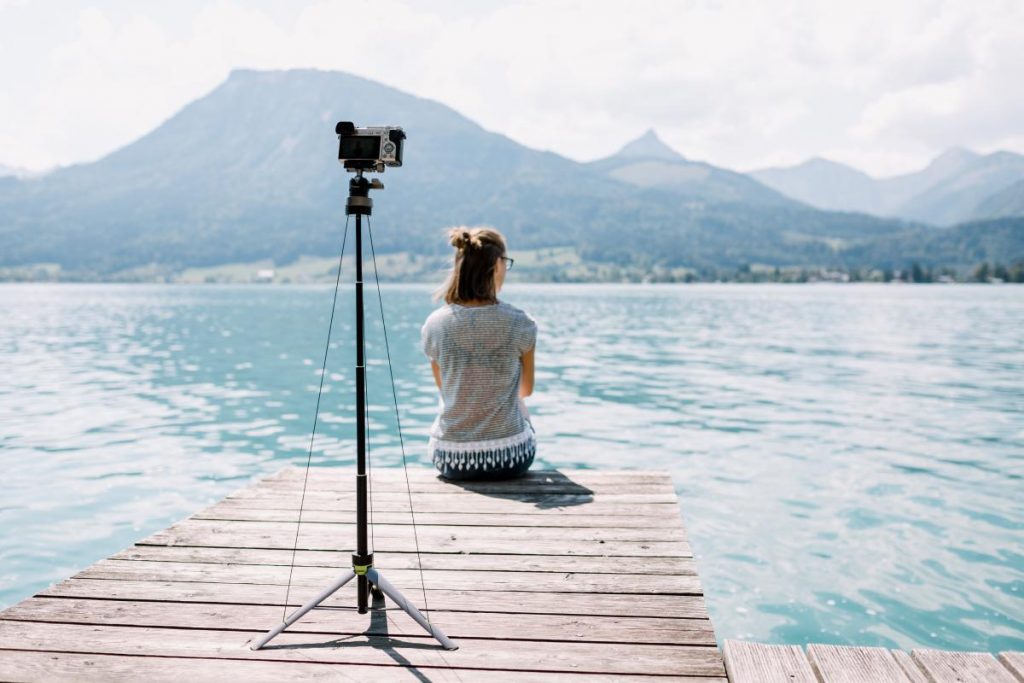 Lumapod claims to be the ‘world’s fastest’ tripod. Besides speed, it has features that could make it work very well for 360 cameras.

For 360 cameras, tripods with a narrow base can be useful because the tripod will have a smaller profile in the 360 photo, making it less obtrusive. That’s one of the reasons why many 360 shooters prefer to use lightstands or monopods attached to tripod legs instead of traditional tripods.

The problem with using monopods is that they are far less stable than a tripod. The problem is exacerbated when you attach a 360 camera to a monopod. It becomes top heavy and acts like an upside down pendulum, swinging back and forth when it is moved.

That’s the reason I’m interested in the Lumapod, a new crowdfunded tripod. The Lumapod has a narrow base like a monopod with tripod legs. However, the Lumapod is also equipped with kevlar strings that act as guy wires, giving it much better stability than a freestanding monopod.

Besides having better stability, Lumapod also claims to be able to extend to its full length in about 4 seconds. It can also be used as a selfie stick.

The Lumapod comes in two versions, the Go85 (up to 85cm or 34 inches) and the Go120 (up to 120cm, or 47 inches). The early bird pledge for the Go85 is 69 Euros, and 99 Euros for the Go120.  Those are about 40% less than the planned retail price.  Both are scheduled for delivery in May 2019. However, please note that with crowdfunding, there are often delays, and in a few cases, the product might not ship at all, in which case backers have almost no recourse to get a refund.

It will be interesting to see if the Lumapod is truly as steady as it appears, and I’d like to know how well it works with 360 cameras.  I reached out to Lumapod to ask if I could test their tripod and they said that they add me to their “short list of photographers who are interested in testing.  Once we have additional prototypes, we will be sending some out.”

If you’d like to back the project, you can do so here (this is not an affiliate link).  What do you think of the tripod?  Let me know in the comments!